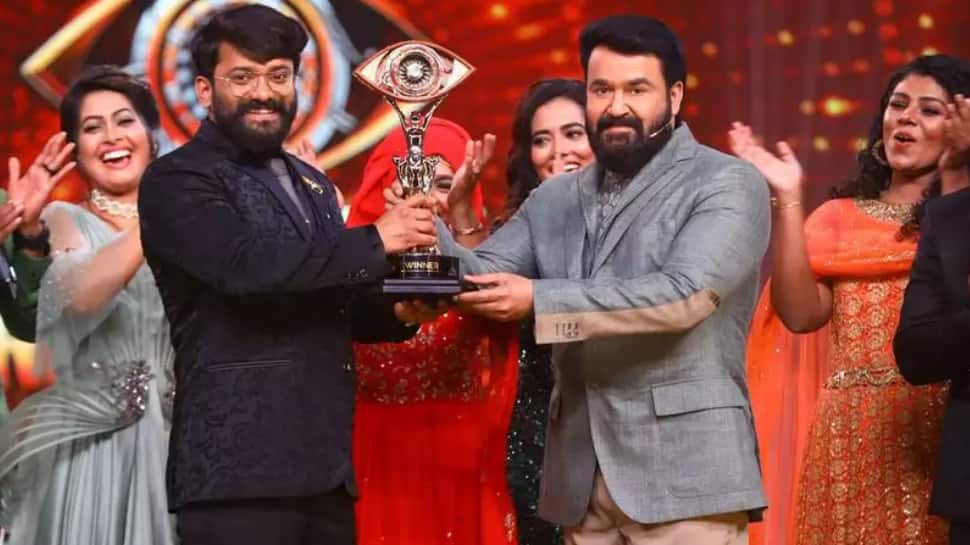 Thiruvananthapuram: Malayalam film actor Manikuttan, who emerged victorious in the Big Boss Season 3 Malayalam, said he was overwhelmed by his victory and thanked the people who voted for him.

Speaking to IANS, he said, "I am overwhelmed, I thank God for having chosen me to win this prestigious award. I strongly believe that if you want something, all the universe conspires in helping you to achieve it."

He further said, "I had put my everything into the show and I am in the entertainment industry for the past 16 years. If there are no movies and there is free time, I watch a lot of movies and take information from these world-class movies and this has helped me in all the tasks during the show."

The actor who was born and brought up in Thiruvananthapuram made his debut for the Malayalam mini screen donning the role of 'Kayamakulam Kochunni' the wayside robber who used to rob the rich and donate the money to the poor and deprived. The show was aired on Surya TV.

In a career spanning 16 years, Manikuttan has played several small and big roles.

"I have acted alongside Mohanlal Sir in five movies and with Mammooty Sir also I have shared screen space in the big-budget movie, Mamangam. I have acted in several movies playing minor and major roles. As an actor, I was not that choosy and had played several roles, even small roles," he said.

Manikuttan who was crowned as the Bigg Boss season 3 winner on August 1 by Mohanlal won a flat worth Rs 75 lakh, a trophy, and a citation.

Bigg Boss season 3 was premiered from February 14. A total of 14 people entered the Bigg Boss house as participants. However, after 95 days of the show, it got suspended following the second wave of the pandemic, and the contestants who were left in the house were declared as finalists. An online poll was conducted and Manikuttan emerged victorious.

The actor scored the maximum number of votes in the public voting conducted by the Bigg Boss team. Model Sai Vishnu was the runner-up while Dimpal Bhai turned the second runner-up. Other finalists are Ramzan Mohammed, Anoop Krishnan, Rithu Manthra, Kidilam Firoz, and Noby Marcose.

This is the third season of Bigg Boss, Malayalam. While Television, Movie actor, Sabumon Abdusammad was judged the winner. In the second season of the Malayalam Big Boss, there was no winner following Covid -19. Mohanlal was the host of both shows.

The contestants named as housemates are confined within the specially constructed house for 100 days which is equivalent to approximately 15 weeks.

During this period, they will not have any outside contact and will not be allowed to leave the house unless there are some personal emergencies.

The Bigg Boss house has all the amenities including two bedrooms, a living area, kitchen, storeroom, smoking room, and four bathrooms. There is another room called the confession room where the contestants are called up by the Bigg Boss for nomination and other purposes. The house will not have TV or internet connection and the contestants are not allowed to use phones.

The vote out follows a simple procedure, the contestants nominate two of their fellow housemates to be voted out and the one person who has the most number of nominations faces a public vote out.

This process is repeated until only five contestants are left which is followed by a public voting process that decides the winner and the runners-up.