Most of the comic scenes in the film have been filmed by Samantha, who will be seen in the role of Swathi. 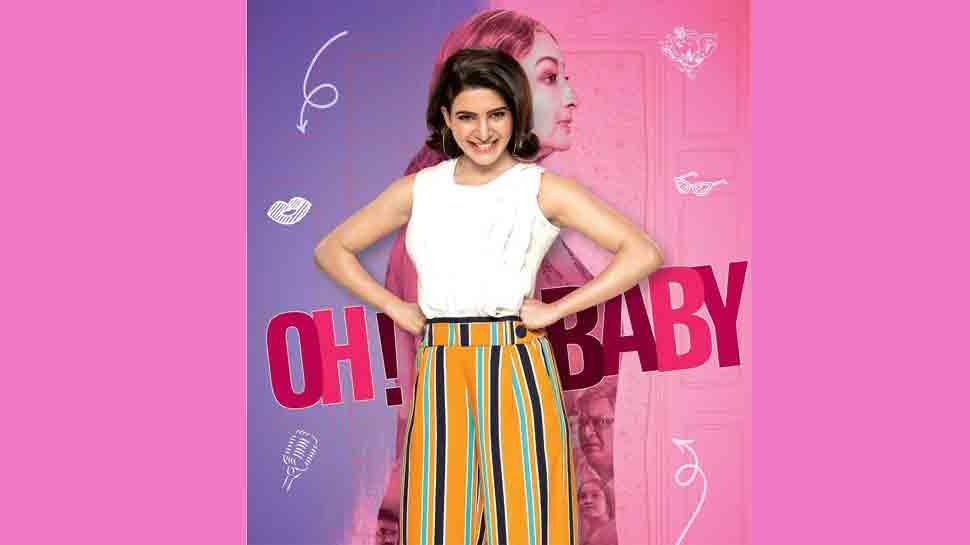 New Delhi: Samantha Akkineni-starrer 'Oh Baby' is all set to arrive in theatres on July 5, announced the makers. Fans of the actress have been waiting to find out the release date of the film for quite some time, and here comes the news.

The Nandini Reddy directorial is produced by Suresh Babu Daggubati under Suresh Productions.

A couple of days ago, the makers released the first song from the film, which is the title song of the film. The song went viral on the internet for all the right reasons as it gave us a glimpse of how the film is going to be.

'Oh Baby' is a comedy-drama and a family entertainer. Most of the comic scenes in the film have been filmed by Samantha herself, who plays the role of Swathi. The film also has senior actresses Lakshmi, Naga Shaurya, Rajendra Prasad, Pragathi, Rao Ramesh and others in key roles.

This film is an official remake of Korean drama 'Miss Granny'. In this film, a 70-year-old woman goes to a photography studio to get a photograph clicked. After the photo session, she finds herself in the body of a 20-year-old young lady.

Expectations from this film are pretty much high as the star cast is huge. Samantha has been promoting the film since the beginning and especially after wrapping up the project, the actress has been sharing and writing about the film on her official social media accounts.