Taapsee Pannu's 'Game Over' hits the screens on June 14. 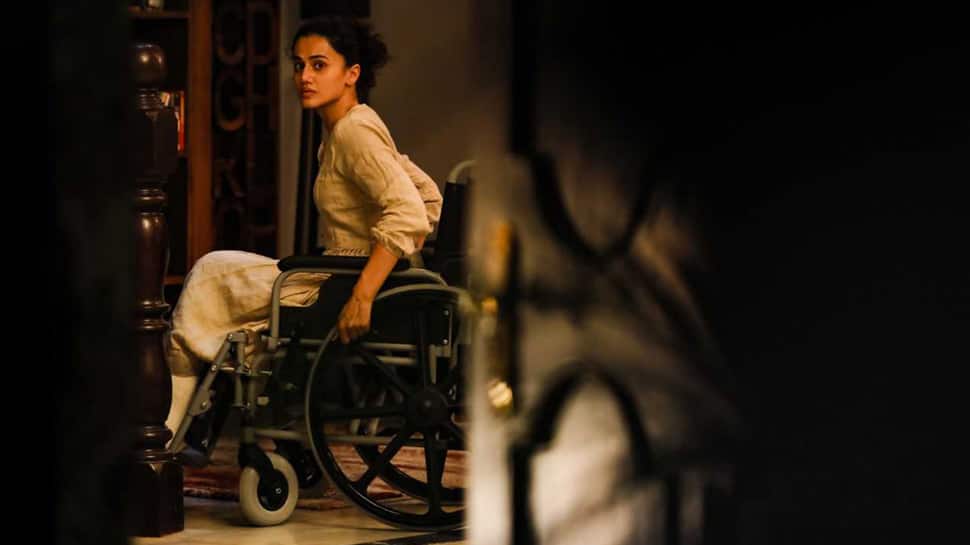 Actress Taapsee Pannu always makes sure that something or the other in her film is always special. That one aspect attracts the audience to the theatres. Well, the upcoming film of the actress is 'Game Over' and it is hitting the screens on June 14. In this film too, there is going to be one special aspect which makes the audience think twice about it.

'Game Over', which is shot in Tamil and Telugu, will also be released in Hindi. Director Anurag Kashyap is releasing the film in Hindi. The trailer was unveiled recently in three languages and went viral for all the right reasons.

The trailer shows Taapsee as a video game enthusiast who suffers from anxiety and nyctophobia and is wheelchair-bound for most part of the film. The unit informed that during shoots, the 'Badla' actor would sit on the wheelchair for long hours at a stretch to avoid the waste of time in putting and removing the leg braces.

The actor is promoting the film a lot on her social media accounts. On a regular basis, she has been sharing updates about the movie and also, some videos and photographs from the sets.

With films like 'Pink', 'Mulk', 'Manmarziyan' and 'Badla', Taapsee has made a mark for herself as a versatile actress. Though she has started her career in Telugu film industry, the actor is now busy in Bollywood with a handful of films.

I am looking forward to do different roles: Telugu actress Nandita Sweta