Took time to come out of my 'Game Over' character Swapna: Taapsee Pannu 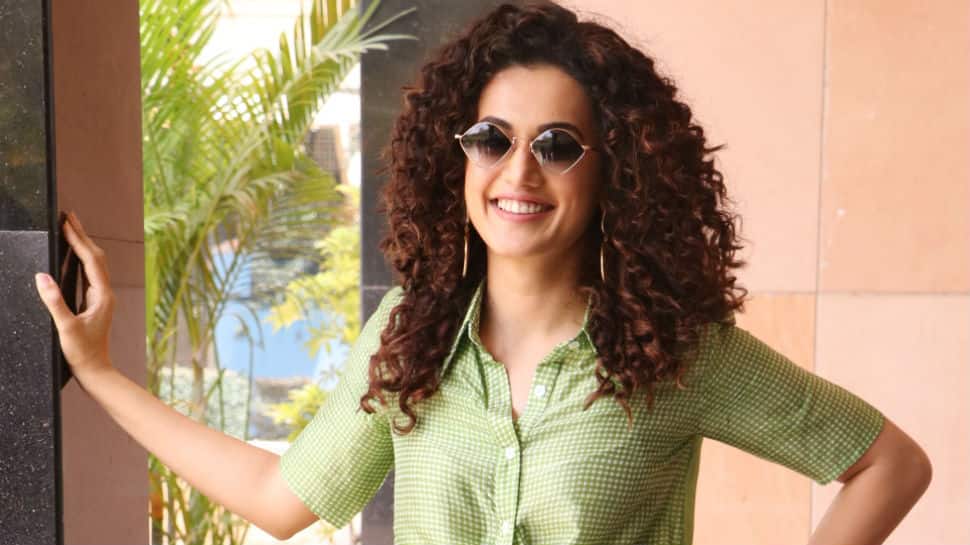 Actress Taapsee Pannu, after a long time, is part of a Tamil and Telugu bilingual film titled 'Game Over', which is releasing on June 14. The film was shot in 35 days by Ashwin Saravanan, the director of 'Maaya', which released in Telugu as Mayuri.

The 'Badla' actress was recently in Hyderabad to promote 'Game Over' and here is what she said about her upcoming film.

What makes 'Game Over' a special film for you?

I think no film in India, with a concept like of 'Game Over' has ever been made. Ashwin has directed the film really well. This is a very serious, yet thrilling film. I have never done a role like this, and the kind of physical and mental stress that I had because of this is something I never went through in the life till now. There are a lot of reasons why it makes special for me.

We heard that you wore braces and prosthetics even during the break to not to waste time. Is it true?

Yes. We shot for 35 days and for more than 25 days, I had to wear prosthetics and braces. Wearing them would take 20 minutes and taking them off would take 15. The break time was getting over in wearing and removing them. So, I decided to wear them the whole day. It was saving a lot of time for the whole team.

Is it true that 'Game Over' was titled 'Mario' initially?

Yes, when Ashwin narrated the script, he came with the title as 'Mario'. But somehow, later, it was changed to 'Game Over'. No idea what made him do so.

Did you take time to get out of the character?

A lot. We shot for 35 days and it was a single schedule. Once in every 10 days, I used to get an off. On that day, I made sure that I was not alone. I was staying with my friends. I watched nothing but comedy movies and made sure that I don’t take any mental stress. After the film was wrapped, I went on a holidays for some days. How much ever I tried to come out, I used be struck be at the character of Swapna. It was difficult.

Tamannaah Bhatia has something new on her bucket list