"New Horizons flew by the most distant object ever visited by a spacecraft and became the first to directly explore an object that holds remnants from the birth of our solar system." 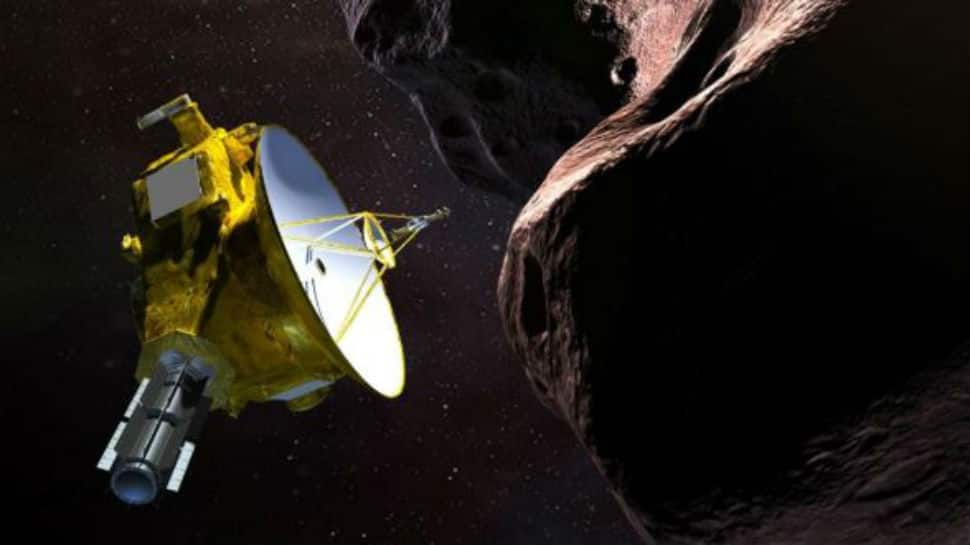 Washington: NASA's New Horizons spacecraft has beamed back the first images of the distant worldlet Ultima Thule, after a historic flyby on the New Year's Day, revealing a bowling pin-shaped cosmic sentinel that possibly holds the key to understanding the origins of the solar system.

The event, which marks the most distant and possibly the oldest object ever visited by a space probe, ushered in the era of exploration from the enigmatic Kuiper Belt, NASA said in a statement.

In addition to being the first to explore Pluto, New Horizons flew by the most distant object ever visited by a spacecraft and became the first to directly explore an object that holds remnants from the birth of our solar system," said Bridenstine.

"This is what leadership in space exploration is all about," he said.

After flying by the most distant object ever explored, @NASANewHorizons beamed back the 1st pictures & science data from #UltimaThule. This data is helping us understand how planets form — both those in our own solar system & those orbiting other stars: https://t.co/cp8lE03Cl5 pic.twitter.com/CUaOK1LZBG

Signals confirming the spacecraft is healthy and had filled its digital recorders with science data on Ultima Thule reached the mission operations centre at the Johns Hopkins Applied Physics Laboratory (APL) about 10 hours after New Horizons' closest approach to the object.

"New Horizons performed as planned today, conducting the farthest exploration of any world in history -- 4 billion miles from the Sun," said Principal Investigator Alan Stern, of the Southwest Research Institute in the US.

Images taken during the spacecraft's approach -- which brought New Horizons to within just 3,500 kilometres of Ultima -- revealed that the Kuiper Belt object may have a shape similar to a bowling pin, spinning end over end, with dimensions of approximately 32 by 16 kilometers.
Another possibility is Ultima could be two objects orbiting each other, researchers said.

Flyby data solved one of Ultima's mysteries, showing that the Kuiper Belt object is spinning like a propeller with the axis pointing approximately toward New Horizons.

This explains why, in earlier images taken before Ultima was resolved, its brightness didn't appear to vary as it rotated. The team has still not determined the rotation period.

As the science data began its initial return to Earth, mission team members and leadership revelled in the excitement of the first exploration of this distant region of space.

The New Horizons spacecraft will continue sending images and other data in the days and months ahead, completing the return of all science data over the next 20 months.