The picture shows the asteroid Bennu, top right, about 43 kilometres from the spacecraft, and the Earth and moon, bottom left, more than 110 million kilometres away. 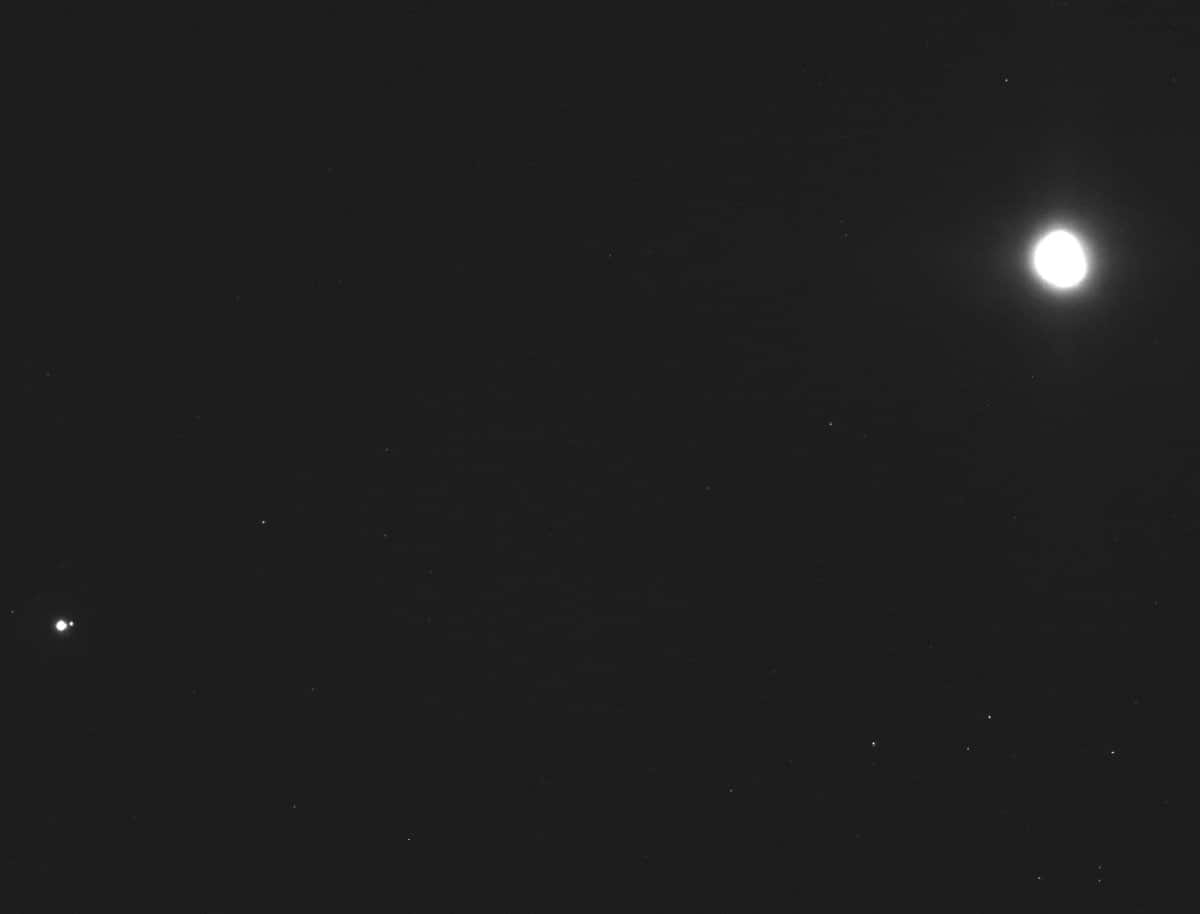 Bennu is the smallest ever celestial body to be orbited by a spacecraft. The picture shows the asteroid Bennu, top right, about 43 kilometres from the spacecraft, and the Earth and moon, bottom left, more than 110 million kilometres away. The tiny asteroid -- barely 500 meters across -- appears as a big bright blob in the long-exposure photo released last week, the report said.

Launched from Florida in 2016, OSIRIS-REx spacecraft reached Bennu on December 3, 2018 after travelling more than one billion miles through space. The spacecraft will spend almost a year surveying the space rock from orbit.

On January 1, 2019, the spacecraft, 110 million kilometres away, carried out a single, eight-second burn of its thrusters. Now, it will circle Bennu about 1.75 kilometres from its centre, closer than any other spacecraft has come to its celestial object of study. Previously, the closest orbit of a planetary body was in May 2016, when the Rosetta spacecraft orbited about seven kilometres from the centre of the comet 67P/Churyumov-Gerasimenko.

The spacecraft is scheduled to orbit Bennu through mid-February at a leisurely 62 hours per orbit. The OSIRIS-REx team will resume science operations in late February. At that point, the spacecraft will perform a series of close flybys of Bennu for several months to take high-resolution images of every square inch of the asteroid to help select a sampling site.

During the summer of 2020, the spacecraft will briefly touch the surface of Bennu to retrieve a sample. The OSIRIS-REx mission is scheduled to deliver the sample to Earth in September 2023.

Space microbes adapting to survive, not turning into superbugs