NASA's OSIRIS-Rex spacecraft is getting ready for its final rehearsal before landing on the surface of asteroid Bennu to grab a sample from the surface of the space rock. 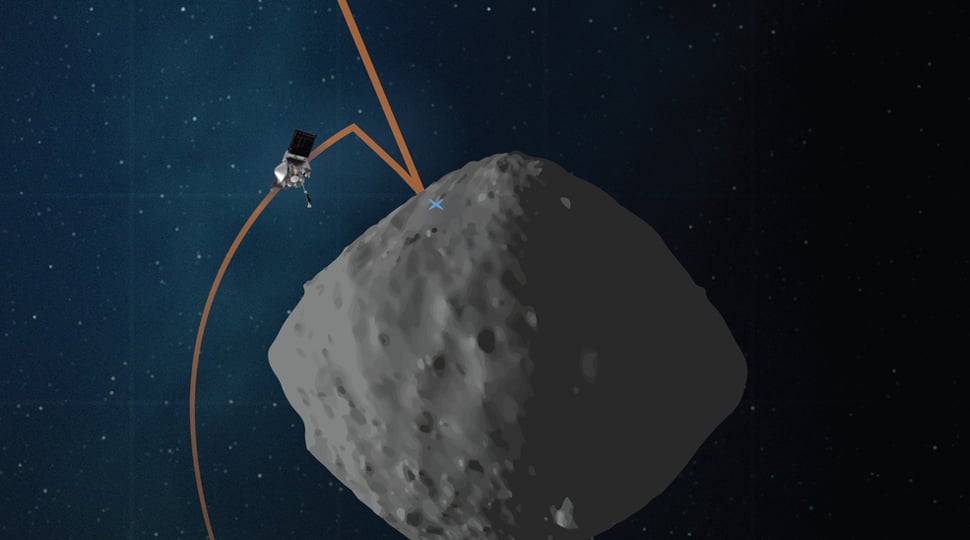 NASA's OSIRIS-Rex spacecraft is getting ready for its final rehearsal before landing on the surface of asteroid Bennu to grab a sample from the surface of the space rock.

It is to be noted that OSIRIS-REx has been orbiting Bennu since 2018 and it is first asteroid-sampling spacecraft of the NASA. The spacecraft would practice its touchdown sequence on August 11.

According to NASA, dring the practice session, the spacecraft will rehearse the touch-and-go sample-collection event and will also add a third maneuver, called the matchpoint burn. The spacecraft will also fly closer to the sample site Nightingale, than it has before.

The NASA's spacecraft will fly in tandem with Bennu's rotation for the first time. NASA said that the rehearsal will give the mission scientist another opportunity to practice navigating the spacecraft through the descent maneuvers. It will also help the scientists in knowing more about the the spacecraft's imaging, navigation and ranging systems.

NASA also announced that during the rehearsal, the OSIRIS-REx (Origins-Spectral Interpretation-Resource Identification-Security-Regolith Explorer) mission will perform several different activities. The spacecraft will travel at an average speed of 0.2 mph (0.3 kph) and will fire its thrusters three separate times during its decent to the surface of the asteroid.

After reaching an altitude of 410 feet (125 meters), OSIRIS-REx will perform the checkpoint burn and descend quickly toward Bennu's surface for about eight minutes. After reaching 164 feet (50 m) above the asteroid, the spacecraft will fire its thrusters a third time to execute the matchpoint burn and will slowly align itself with Bennu's rotation.