The images captured by NASA's OSIRIS-REx (Origins Spectral Interpretation Resource Identification Security - Regolith Explorer) spacecraft have discovered that rocks on asteroid Bennu could crack as sunlight heats them up during the day and the rocks cool down at night. 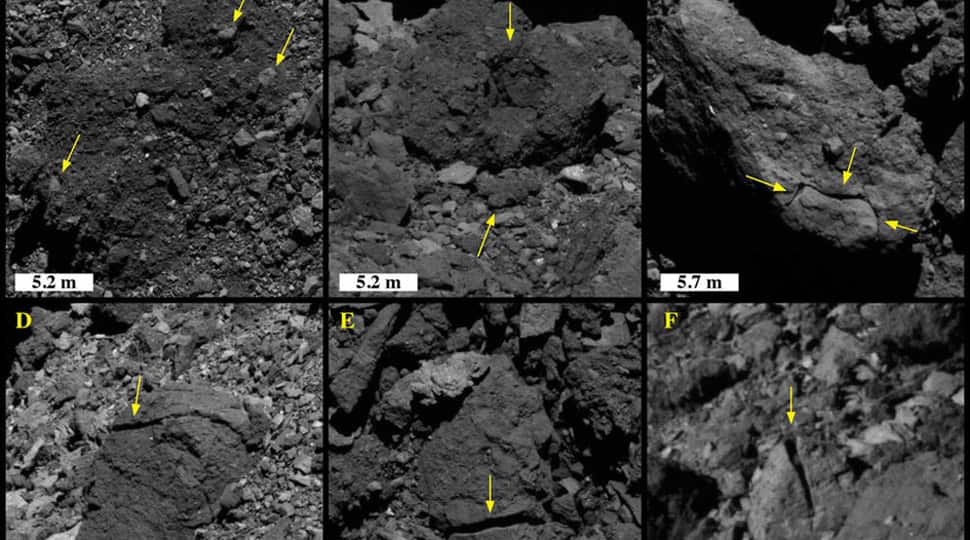 The images captured by NASA's OSIRIS-REx (Origins Spectral Interpretation Resource Identification Security - Regolith Explorer) spacecraft have discovered that rocks on asteroid Bennu could crack as sunlight heats them up during the day and the rocks cool down at night.

"This is the first time evidence for this process, called thermal fracturing, has been definitively observed on an object without an atmosphere. It is one piece of a puzzle that tells us what the surface used to be like, and what it will be like millions of years from now," said Jamie Molaro of the Planetary Science Institute, Tucson, Arizona, lead author of a paper published in Nature Communications on Tuesday (June 9).

"Like any weathering process, thermal fracturing causes the evolution of boulders and planetary surfaces over time - from changing the shape and size of individual boulders, to producing pebbles or fine-grained regolith, to breaking down crater walls. How quickly this occurs relative to other weathering processes tells us how and how quickly the surface has changed," OSIRIS-REx principal investigator Dante Lauretta of the University of Arizona, Tucson, was quoted as saying by spaceref.com.

It is to be noted that rocks expand during daytime when sunlight heats them and they contract at night, causing stress that forms cracks. According to researchers, these cracks grow slowly over time.

Scientists claim that thermal fracturing could be an important weathering process on asteroids, which are airless objects, because many experience extreme temperature differences between day and night, compounding the stress. For example, daytime temperature on Bennu can touch as high as 127 degrees Celsius or about 260 degrees Fahrenheit, and nighttime lows plummet to about minus 73 degrees Celsius or nearly minus 100 degrees Fahrenheit.

The scientists involved in the study found features consistent with thermal fracturing using the spacecraft's OSIRIS-REx Camera Suite (OCAMS), which can see features on Bennu smaller than one centimeter (almost 0.4 inches).

“We don’t have good constraints yet on breakdown rates from thermal fracturing, but we can get them now that we can actually observe it for the first time in situ. Laboratory measurements on the properties of the samples returned by the spacecraft in 2023 will help us learn more about how this process works,” OSIRIS-REx project scientist Jason Dworkin of NASA’s Goddard Space Flight Center in Greenbelt said.