It's official! ISRO set to add another feather to its cap with Venus mission

The proposed orbit is expected to be around 500 x 60,000 km around Venus and is likely to be reduced gradually over several months to orbit closer to the planet, the report said. 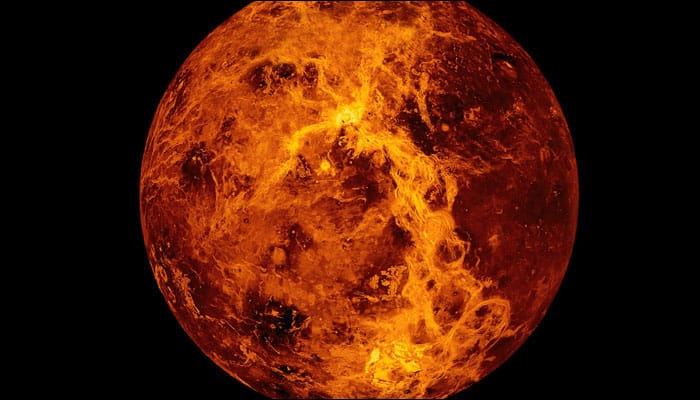 New Delhi: The Indian Space Research Organisation (ISRO), considered the new kid on the block in the multi-billion dollar world launcher market, aims to set an enviable benchmark for the space-fairing nations.

From launching 104 satellites at one go to taking the lead in providing energy security, ISRO has successfully established itself as a forerunner in the space race.

Now, nearly three years after the success of its Mars mission with Mangalyaan, the Indian space agency has its eyes set on Earth's twin planet Venus.

As per reports, the mission – similar to the one on Mars – is likely to be launched after 2020. ISRO made the announcement official by inviting proposals from scientists for experiments to be carried out on the Venus mission.

As per Deccan Chronicle report, the planned mission will carry scientific instruments weighing around 175 kg which is 10 times more than the scientific payload carried by the MOM. Mars orbiter’s payload weighed only 15 kg.

“This is still a preliminary step. We are looking at the kind of payloads for the Venus mission,” said ISRO chairman AS Kiran Kumar.

The proposed orbit is expected to be around 500 x 60,000 km around Venus and is likely to be reduced gradually over several months to orbit closer to the planet, the report said.

"The Announcement of Opportunity [AO] is just the beginning. The studies must be finalised, a project report would have to be presented and approved. A formal mission may not happen before 2020," a senior ISRO official told The Hindu.

An approval for the mission to Venus needs to be taken from ISRO’s Advisory Committee on Space Sciences, followed by the Space Commission and finally by the government.

Venus is very similar to the Earth in size, mass, density, bulk composition and gravity. It is the second planet to the sun and therefore, has a higher solar flux.

The exploration of Venus began in the early 1960s with Soviet Union’s Venera missions. Since then Venus has been explored by flyby, orbiter, a few lander missions and atmospheric probes by various countries.