Veteran opener Virender Sehwag is making most of his hard-earned form as he blended caution with aggression during an attractive unbeaten knock of 147 to take Delhi to a respectable 278 for 7 at stumps against Haryana in a Ranji Trophy cricket match, here on Monday. 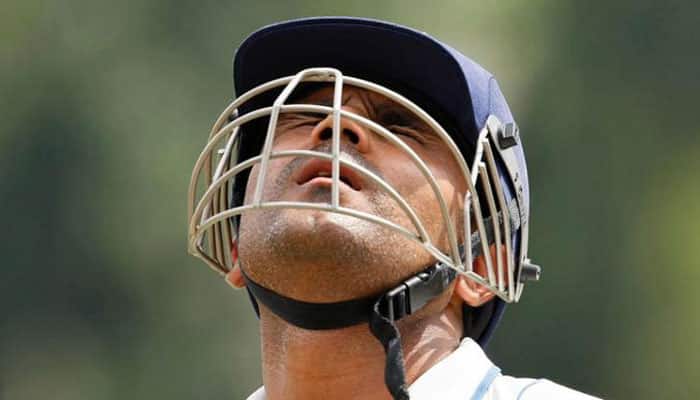 Rohtak: Veteran opener Virender Sehwag is making most of his hard-earned form as he blended caution with aggression during an attractive unbeaten knock of 147 to take Delhi to a respectable 278 for 7 at stumps against Haryana in a Ranji Trophy cricket match, here on Monday.

On a seamer-friendly track where Delhi were reduced to 41 for 4 in less than 20 overs with Joginder Sharma (3/39) making full use of the helpful conditions, Sehwag first defended but then cut loose en route his 41st first-class hundred in Rajat Bhatia 's (72) company.

This is Sehwag's second successive first-class century this season after having scored 105 against Gujarat at the Feroz Shah Kotla in the last game.

The senior duo added 186 runs in 44.5 overs for the fifth wicket as they not only bailed Delhi out but also took them to a score where they can seriously think of recording their fourth successive outright win.

Sehwag's 147 came off 178 balls with 17 boundaries and a big six over long on off slow medium pacer Himanshu Rana's bowling.

Coming in at No 4, Sehwag first played his part in a recovery act as he didn't take any undue risk during his first 30 runs apart from punishing the occasional loose delivery.

In fact, it was Bhatia, who was initially giving the Haryana bowlers charge after Joginder's inspiring first spell brought about the end of Unmukt Chand (5, 46 balls), Varun Sood (1) and seasoned campaigner Mithun Manhas (0).

Skipper Gautam Gambhir (21, 48 balls) did all the hardwork playing out the first hour before an umpiring howler from A Nand Kishore brought about his end when he was adjudged caught behind when it seemed that he didn't get an inside edge to a Mohit Sharma delivery.

It was 41 for four, when Bhatia joined hands with Sehwag and they quietly took the score to 61 for four at lunch.

Once he reached 50, he started hitting the flat batted shots, out came the square cuts and back cuts.

It was one such back cut that was pierced between gully and point that brought about his century with the Delhi dressing room giving him a standing ovation.

He did hit a few lofted shots and some flat batted shots off Patel and Joginder but whenever a good delivery was bowled, he was prepared to let it go.

There were a couple of dropped chances, one which was a dolly for Patel fielding at mid-off off Joginder's bowling but one can't deny that Sehwag was ready to cut down on his customary flamboyance in order to bat as long as possible.