Similar to football, a player can be sent off for the rest of a offence. 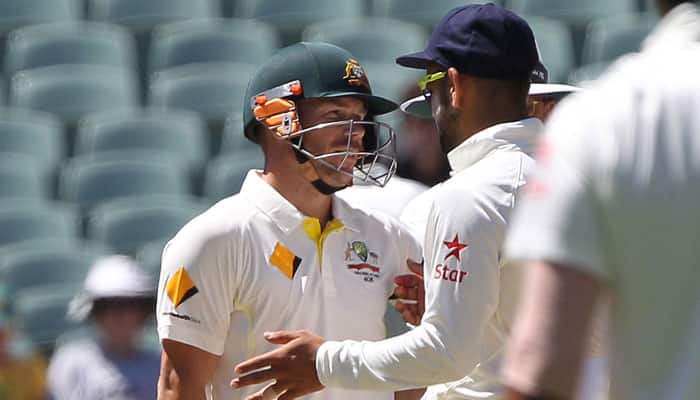 New Delhi: In a bid to control excessive sledging and violent behaviour by cricketers, the Marylebone Cricket Club (MCC) is reportedly trying a new card system in amateur games.

According to reports in British media, as many as five games were abandoned in England last year due to violence and MCC, in consultation with umpire associations across the world, decided to introduce a code of conduct with four levels of offences.

Similar to football, a player can be sent off for the rest of the match for a level-four offence, like threatening an umpire, assaulting a player, official or spectator and using racist abuse.

If it is a batsman, he will be given "retired out", while a level-three offence will see the player sent off for 10 overs, if he is found guilty of threatening and intimidating behaviour, or bowling a deliberate beamer.

If a player is found engaging in time wasting tactics, dissent or deliberate physical contact, an immediate five-run penalty would be levied on the team.

The MCC is set to implement the trial only in school and university cricket this summer, and will hope that the county leagues will join the trial soon, so that sanctions can be introduced when it publishes the re-drafted laws of the game in 2017.

"Thankfully most games of cricket do pass very happily with all 22 players and the umpire getting on very well but sadly there has been a rise in the number of games in the UK that had to be abandoned due to violence," Fraser Stewart, the head of laws at cricket's governing body, was quoted as saying in BBC.

Stewart further said: "Statistics from leagues show there are increased numbers of players being reported. Last summer, five games had to be abandoned due to varying degrees of violence.

"That is an increase, for sure. It was felt that now was a good time to review this whole area and perhaps try and find leagues, competitions and schools willing to trial means that act as a deterrent," he was quoted as saying by the Telegraph.Co.Uk.

"The benefit of this is that the offence has a consequence in that particular game, rather than in the following weeks, or the following season. The hope is the added deterrents will make players realize they can't behave in a poor way," he surmised.