Blasters, third on the table, enter the contest after a convincing 3-1 victory over defending champions Chennaiyin FC. 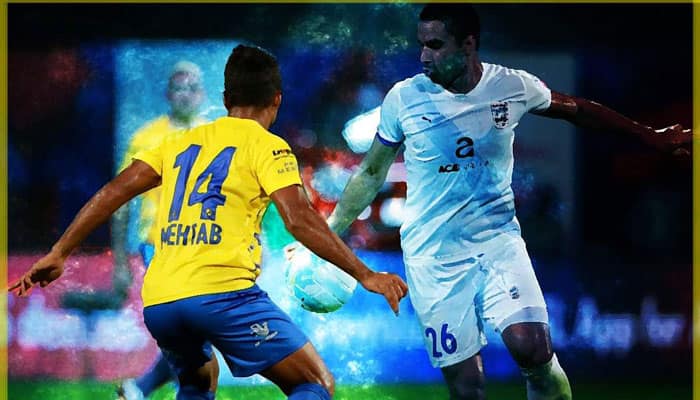 The hosts, second on the table, go into the game determined not to fritter away chances like they did in their away previous drawn game against FC Goa. The Blasters would be equally keen to prevent Mumbai from scoring a second victory at home as well as take away three points.

"We have to see how Steve Coppell (Kerala coach) decides to put (use) him in the squad. He has been a key player for them," said Mumbai team's head coach Alexandre Guimaraes.

Mumbai have been beefed up by the availability of star India striker Sunil Chhetri after his stint with Bengaluru FC in the AFC Cup.

"We have top quality players in all departments and everyone recognises that we have quality players up front. I know sooner than later the players will convert the chances. And I hope tomorrow is that day," said the Costa Rican.

However, he also said Blasters would be a hard nut to crack with their strong defence.

"The team we are playing is the best defensive team of the league. Maybe (tomorrow), we won't have that amount of chances we have in other games. But, you never know, even with the little chances, my players could convert."

"I believe he feels more liberated in the deeper role. He enjoys it and gets more opportunities to be in the game," he said about marquee player Diego Forlan's role.

"I think every game for every team now is crucial because every team is capable of being in the play-offs. The three points are vital from this game. We are playing against a very good team. Mumbai have invested a lot in their team. They have some superb players," said Blasters' coach Coppell.

"C K Vineeth and Rino Anto came back from Bengaluru FC and it looked like I made two signings in between the season! The players are very capable and have made a difference. Vineeth's impact has been substantial," he added.