After ten straight defeats at the hands of Munich, Hertha`s last win over Bayern was back in February 2009 and Berlin are realistic of their chances. 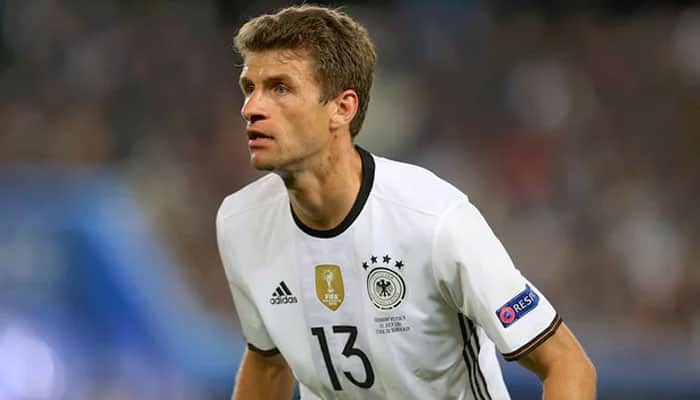 Hertha and Bayern are the only two teams in Germany`s top flight to preserve their 100 percent records after the first three league games of the season.

Illness-hit Bayern were made to work hard on Saturday as head coach Carlo Ancelotti rang the changes for their 3-1 comeback win at home to Ingolstadt with Mueller, captain Philipp Lahm and David Alaba all sidelined by a virus.

Mueller returned to team training on Monday and hopes to start against Hertha.

"I`ll have to see how the next few days of training go," Mueller told FCB.de.

"I could start, but I don`t believe I can yet manage the 90 minutes."

After ten straight defeats at the hands of Munich, Hertha`s last win over Bayern was back in February 2009 and Berlin are realistic of their chances.

Head coach Pal Dardai was quick to shake off the tag of `Bayern Hunters`, which the German media gives any side who challenges Bayern`s supremacy.

"I don`t want to hear that at all," Dardai insisted when asked if his team is `hunting` Bayern.

"We are a small, hardworking team, who has to put in the work every week.

"We want to remain unbeaten. Down there, a big-name coach is working with super players, but there are always miracles in football."

Hertha`s ex-Bayern midfielder Mitchell Weiser scored Hertha`s first goal in Sunday`s 2-0 home win against Schalke, but admitted his current club will have their work cut-out at the Allianz Arena.

"Now we head, as second in the table, to the first in Munich. It`s a nice story for the fans," said Weiser.

"Bayern are the only team against whom you need a bit of luck. It`s not good enough just to play well there."

Hertha will be without playmaker Vladimir Darida for the coming weeks after the Czech Republic international tore ankle ligaments against Schalke and had an operation on Monday.

"Without Vladi our game will change, but we have good guys who can fill the gap," Dardai said.

Swiss midfielder Valentin Stocker is an option having scored off the bench as Darida`s replacement against Schalke on Sunday.