Following three consecutive defeats in the 2018 World Cup Qualifiers, Indian football captain Sunil Chhetri believes the coming away match against Turkmenistan on October 8 will be crucial -- if India has to bag at least a point. 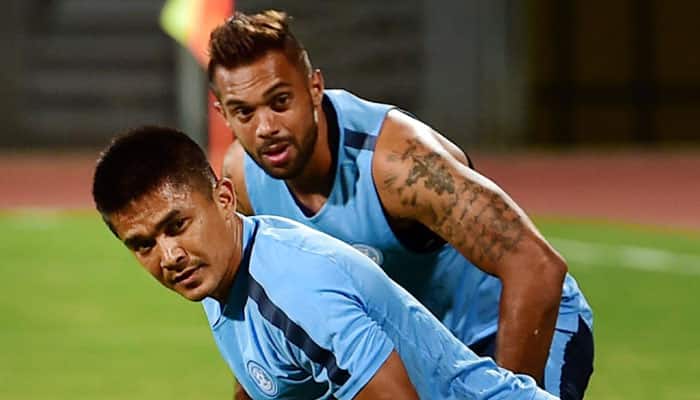 Mumbai: Following three consecutive defeats in the 2018 World Cup Qualifiers, Indian football captain Sunil Chhetri believes the coming away match against Turkmenistan on October 8 will be crucial -- if India has to bag at least a point.

"Very sad and disappointed to lose three matches. Next is away game against Turkmenistan. Realistically, we as a team take one match at a time. I think we gave whatever we had against Iran. We gave everything but on the given day they (Iran) were better than us," Chhetri told IANS on Sunday on the sidelines of the PES League Road To Milan Qualifier.

Former captain Baichung Bhutia recently pointed out that Indian coach Stephen Constantine needs much more time with the players for training throughout the year and ahead of a match.

Speaking on it, Chhetri said: "If you see the calendar, all the European teams, and other big teams like Brazil, they all get five to six days before an international match or friendly. As our calendar is not fixed right now, we have to go as it comes. We have a young team and must stay focused on what is in our hand and what is coming up."

The 31-year-old captain was bought by Indian Super League (ISL) franchise Mumbai City FC for the second edition of the tournament starting on October 3.

The side will return home after their pre-season preparations in Dubai.

Asked about the reason behind flying to Dubai for pre-season and not training at home, the club striker said: "I think the heat and humidity is what we wanted to be used to. For us the players it was important for us to get used to the humidity.

"Dubai has a better facility. That is why we went there, it helped us a lot. We were training at 45-48 degree Celsius and it was really hot, and that is what we will get when we will start the ISL here.

"Apart from few venues, if you see Goa, Kolkata and Mumbai, it's all humid and hot generally. So it was important for us to get used to the heat and Dubai was best option for us. Now we are here and hope to do well and come out victorious in ISL," Chhetri said.

Mumbai City will open their campaign with an away match against FC Pune City on October 5.