Massive fire at chemical warehouse in Chennai doused after 18 hours; None injured 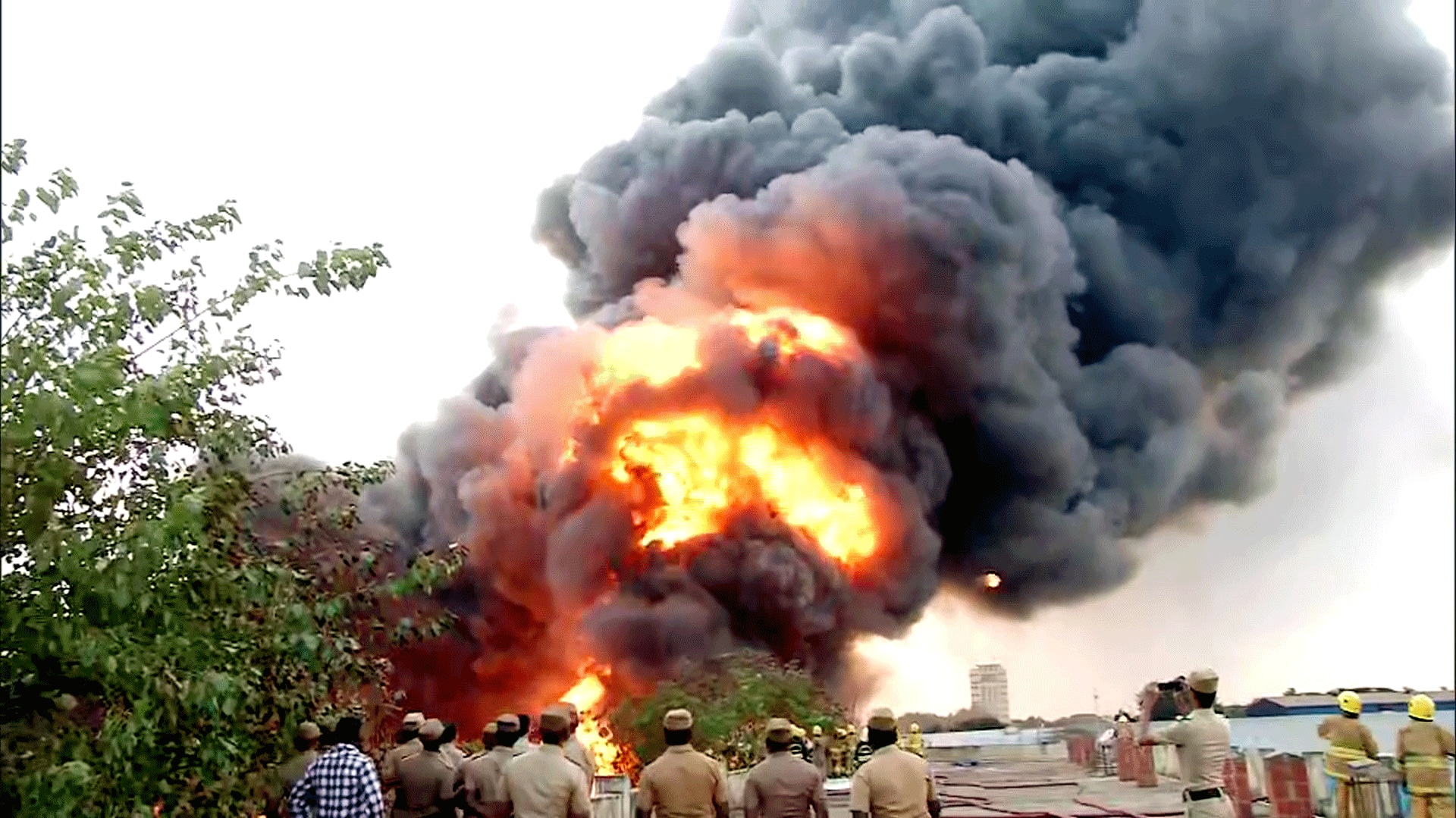 Chennai: The massive fire at a chemical warehouse here was put out on Sunday (March 1), after a battle of more than 18 hours, a Fire and Rescue Services official said.

There were no casualties in the fire that broke out around 3 pm on Saturday and damaged raw material estimated to be worth about Rs 100 crore, the official said.

"The fire has been put out. Since there is a heat atmosphere fire tenders are still engaged in cooling of the area by spraying water," he told PTI.

"Congratulations to the firemen who valiantly fought for 18 hours and localised the serious fire in a chemical godown in Madhavaram," he said in a post on a social networking site.

Babu had on Saturday said the blaze, amid clouds of thick black smoke, spread rapidly since the chemical was highly combustible.

According to the fire department, 36 fire tenders and 500 personnel were used to control the fire.

An investigation was on to identify the cause of the incident, another official said.