“A fire broke out in the boiler area subsequent to an explosion resulting in injuries to the NLCIL maintenance team comprising one Executive, two supervisors, three non-executive employees and seventeen contract workmen” read the statement. 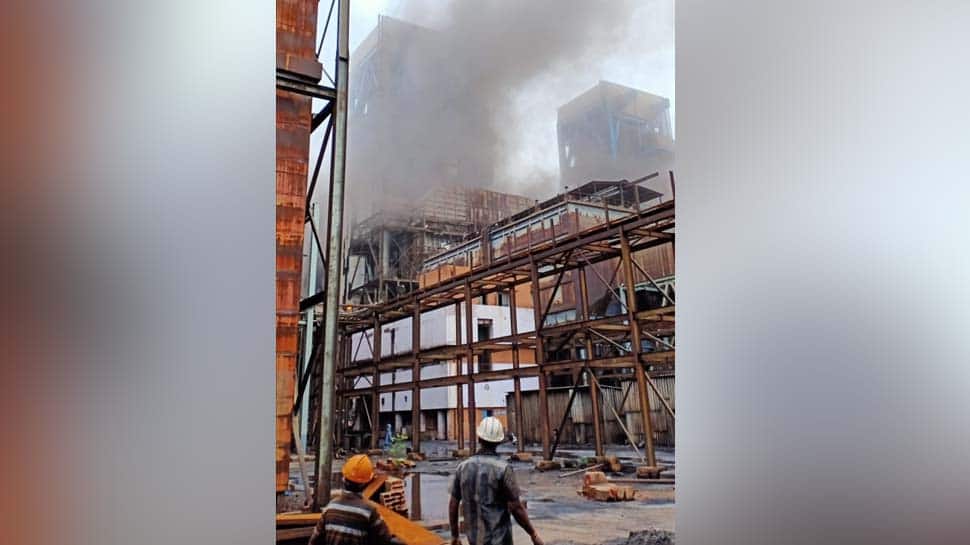 Chennai: Following the death of six contractual workers and injuries for 17 others at the government-run Neyveli Power Station in Tamil Nadu, Chief Minister Edappadi K Palaniswami on Wednesday announced a solatium for the next of kin and financial aid for those injured.

The CM issued a statement expressing condolences and announcing Rs three lakh ex-gratia for the kind of workers who lost their lives, Rs one lakh financial aid for those who suffered serious injuries and Rs 50,000 for those who suffered minor injuries. The company has also suspended the Unit Head of the plant and has ordered an enquiry, besides ordering shut, a specific portion of the plant,

Wednesday’s blast at the government-run power station is the second to have occurred over the last three months. Previously, a blast that occurred in the month of May had killed 5 workers and injured 3 others.

The blast is said to have happened at around 10am and pictures and videos from the site show thick black smoke emanating from the site. While Wednesday’s blast was reported from the 5th unit and the May incident was from the 4th unit of the Thermal Power Station 2.

“Boilers need to be handled with high amount of care and caution, the two recent blasts in quick succession indicate poor maintenance. This shows that the management is not focussed on the safe operation of the plant. As a highly profitable company, NLC can surely afford better maintenance. Such a major explosion does not happen all by itself, as minor problems would have manifested itself earlier and questions must be raised about the regular safety audit and inspection” Nityanand Jayaraman of the Chennai Solidarity Group told WION.

A statement from Neyveli Lignite corporation said that the blast had occurred in the Unit V of teh Thermal power Station II, while it was shut down and maintenance activities were being carried out. “A fire broke out in the boiler area subsequent to an explosion resulting in injuries to the NLCIL maintenance team comprising one Executive, two supervisors, three non-executive employees and seventeen contract workmen” read the statement.

The statement added that six workmen succumbed on the spot, while the seventeen others were rushed to the NLCIL Hospital. After, initial treatment sixteen of them have been sent to the Apollo hospital in Chennai for higher speciality treatment.

The company also added that they were looking into the cause of the accident by appointing committees. "A high enquiry headed by PK Mohapatra, Retired Director(Technical)m, NTPC has been ordered into the cause of the accident, apart from en internal enquiry committee with senior executives headed by Director (Power) NLCIL. The unit head of TPS-II has been placed under suspension pending enquiry by the management. All the four units of 210MW each of TPS-II stage-II have been ordered shut for immediate safety audit,” said the company release.