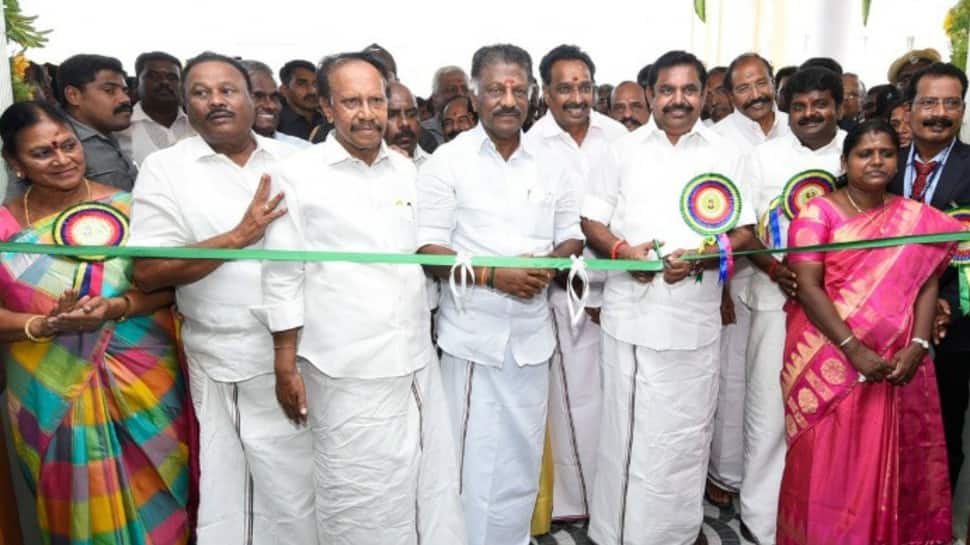 Namakkal: Tamil Nadu Chief Minister K Palaniswami on Thursday accused opposition parties of spreading falsehood that the proposed 11 medical colleges in Tamil Nadu would benefit only students of other states, saying only 15 per cent of seats have been allotted under the 'all-India quota'. After laying the foundation of a new medical college in the district, he said the remaining 85 per cent would be allotted to students from Tamil Nadu.

"Some in the opposition party are spreading false information that the new medical colleges in the state will benefit students of other states. No, it is not. Only 15 per cent of seats in medical colleges are allotted to them. The remaining 85 per cent are kept for students hailing from Tamil Nadu," he said. It was also possible to accommodate students from Tamil Nadu even under the 15 per cent all-India quota, he claimed.

"After her demise (in 2016), this government following the path laid by her and managed to get an additional 350 medical seats last year. From the new 11 medical colleges, there will be creation of another 1,650 seats," he said. "In total this government has added 2,000 new medical seats. I thank Prime Minister Narendra Modi, Union Health Minister (Harsh Vardhan) on behalf of the people of Tamil Nadu for granting to set up 11 new medical colleges in the state," he added.

Palaniswami said a detailed project report on constructing check-dams across river Cauvery was under preparation to address the water crisis during summer season in Namakkal district.
On initiatives taken for the development of the district, he said land acquisition was going on for the Namakkal bypass.

He said the government has made a request to the Centre to convert the existing road connecting Namakkal with Tiruchirappalli into a four-lane road. "The project is under consideration with the Centre," he said.

Palaniswami said linking of Godavari-Cauvery river was a dream project of the AIADMK and assured once it gets implemented the State will get its adequate share of water from river Godavari. "This government will take all possible steps to ensure that there is no water shortage in the state," he said.