IIT-M, NIOT working on efficient turbine for power from ocean

The recent research by IIT-M and NIOT, is being funded by Ministry of Earth Sciences, Government of India, and focuses on improving the devices and machines used for wave energy harvesting. 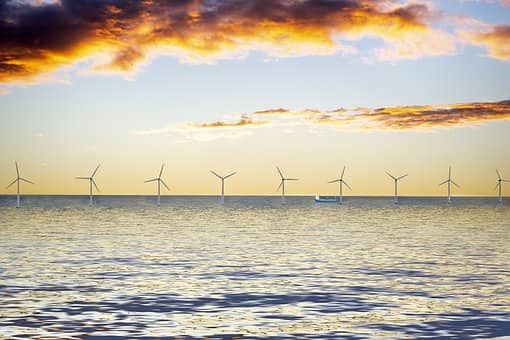 Chennai: Researchers at Indian Institute of Technology Madras (IITM) and National Institute of Ocean Technology (NIOT) are working towards developing better turbines that can harness the power of ocean waves to generate electricity, said IIT-M on Thursday.

In a statement issued, IIT-M said recent studies on turbine-chamber coupling have been published in the reputed peer-reviewed International Journal of Energy Research.

The research is being headed at IIT-M by Dr Abdus Samad, Associate Professor, Department of Ocean Engineering, who works towards extracting energy from the ocean waves.

The recent research by IIT-M and NIOT, is being funded by Ministry of Earth Sciences, Government of India, and focuses on improving the devices and machines used for wave energy harvesting.

The challenges to realising practical wave energy have been that while waves harbour copious energy, they are also unsteady and the ocean has unpredictable forces acting on the energy devices.

Efficient recovery of energy from waves hinges on improving the performance of devices that convert inconsistent wave movement to electricity.

"Wave-energy harvesting turbines capture the energy of the periodic up-down motion of ocean waves through a device called Oscillating Water Column. One such turbine called impulse turbine is connected to a generator which converts the mechanical energy into electrical energy. The turbine uses the energy of a high-velocity air jet created by the waves in the device," Samad was quoted as saying in the statement.

The aerodynamic performance of the turbine plays a major role in the wave-to-wire conversion efficiency.

This interplay is called the damping effect. The variability of waves induces varying turbine speed, which in turn affects damping.

In their recently published paper, the team presents the variations of pressure drop and pressure coefficient along with damping characteristics of the test rig, based on acceleration and deceleration of the turbine.

According to IIT-M, the work of Samad's team offers a good launchpad for future research in the area of wave power.

The turbine is the heart of the wave energy system and a huge amount of research works are done through fluid dynamic analysis, experimental system development, design, and tests.