According to this plan, Premium Jio Fiber customers can watch movies at home on the same day they are released in theatres. This service will be launched in the middle of 2020. 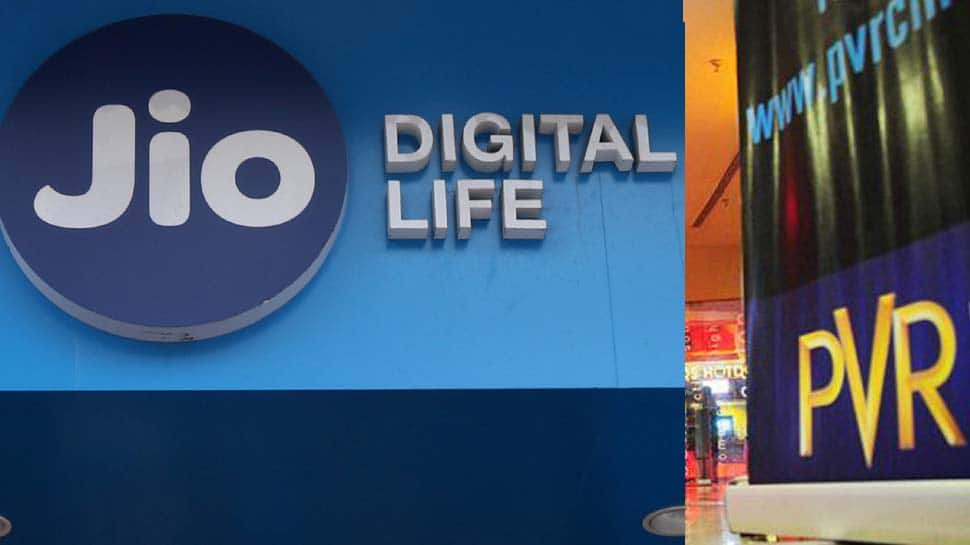 According to this plan, Premium Jio Fiber customers can watch movies at home on the same day they are released in theatres. This service will be launched in the middle of 2020. As part of the Jio Fiber Welcome Offer, Ambani said that customers opting for the annual plan - Jio Forever --will get a full HD TV or a Home PC and a 4K Set Top Box absolutely free.

Reacting to the plan, PVR said that the theatrical and at-home are two completely different experiences and each has their own places. It added that both these experiences have co-existed and prospered for decades and will continue to so in future. Inox, too, spoke along the same lines. Reiterating the Indian movie watchers' love for cinema on giant screens is deep-rooted and unshakeable, it stressed on its strong belief that this has kept, and will continue to keep, the industry alive and thriving for several decades to come.

In its statement, PVR said, "Cinema exhibition remains the largest revenue contributor for the Filmed Entertainment segment. As per FICCI report on India's media and entertainment sector, March 2019, out of the total Filmed entertainment revenues of INR 174.5bn in 2018, theatrical box office (domestic & overseas) contribution was —75%. Given India' low screen density and the growth potential it offers, we expect Cinema exhibition to continue expanding its footprint in India for the next multiple years, which will continue growing it's contribution to the overall revenue of the Filmed entertainment. It's appropriate to point out that the year 2018 was a landmark year for global drama industry with US / Canada box office and China box office at record highs of US $ 11.9bn and US$ 7.9bn, respectively."

"For decades, the theatrical release window has been a valuable model for exhibitors and producers alike. In India and globally, producers have respected the release windows and kept a sacrosanct PP between the theatrical release date & the date of release on all other platforms, i.e. DVD, 0TH, 7V, OTT etc. Cinemas continue bringing people together to share a communal experience, this unreplaceable element which is at the core of theatrical experience, continues to deliver a robust box office performance not Just in growing market such as India but also in the more matured markets such as USA, China, Europe etc. where Cinemas have regularly competed with many similar initiatives, e.g. Netflix Original Movies etc.," it added.

"Theatrical and at-home are two completely different experiences and each has their own places. Both these experiences have co-existed and prospered for decades and will continue to so in future. We are extremely buoyant about cinema exhibition, growth prospects and remain committed to expanding PVR, reach in cities & towns across the country while delivering on the unmatched movie-going experience to the Indian consumers," it further said.

On the other hand, Inox said in its statement, "The theatrical exhibition industry, led primarily by the multiplex industry, has made significant investments in world-class cinema theatres, by bringing in state of the art technology, luxurious ambience, bespoke comfort and unmatched service, ultimately canting an experience which can never be matched by watching movies on television screens at home. We strongly believe that Indian movie watchers' love for cinema on giant screens is deep-rooted and unshakeable, and this has kept and will continue to keep, the industry alive and thriving for past several decades, and for several decades to come."

With base plan starting at a speed of 100 MBPS GigaFiber plan will go up to 1 GBPS with prices ranging from Rs 700 to 10,000 per month depending on the customer's budget.