When the feed page initially loads, a popup with the message "Something Went Wrong, But Don't Worry - Try Again" displays.

New Delhi: Twitter Down: This morning, a lot of people found difficulties in accessing their Twitter accounts. Users are having trouble in accessing their Twitter feed since they can't see anything on the microblogging page. A popup that reads "Something went wrong, but don't worry - try again" appears when the feed page first loads. While Web users are unable to access their feed, app users seem to be doing fine with their twitter. 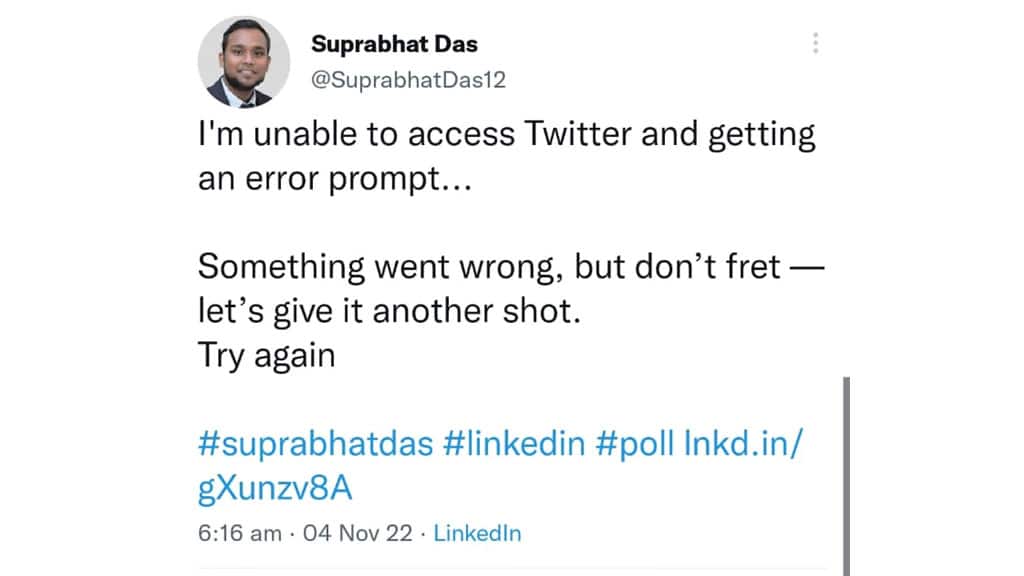 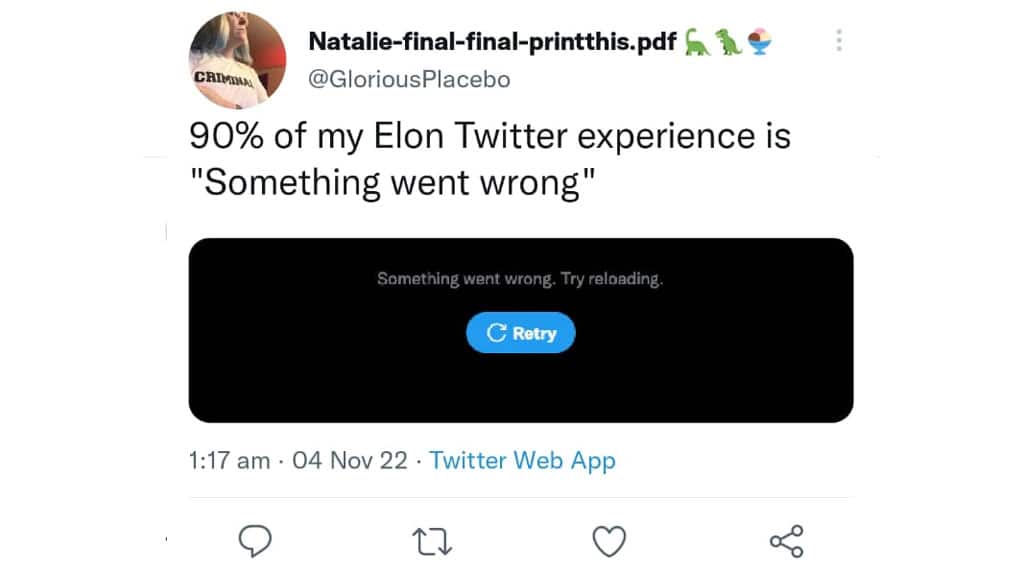 Last week Thousands of Instagram users from all over the world reported issues as the outage began Monday morning, locking users out and informing many of them that "we suspended your account". According to Daily Record, the platform confirmed the issue on Twitter and apologised for it.

"We're aware that some of you are having trouble accessing your Instagram account." We're looking into it and apologize for the inconvenience," the company tweeted.

Millions of Indians were unable to share videos and photos after celebrating a cracker of a Diwali as Meta-owned WhatsApp on Tuesday suffered a major outage in the country, along with several other nations across the globe.

On the Diwali week, Multiple users resorted to other messaging platforms like Telegram and even took the SMS route as they were unable to access WhatsApp -- a popular platform for millions of businesses in the festive season -- and failed to send videos, images and text on the platform.