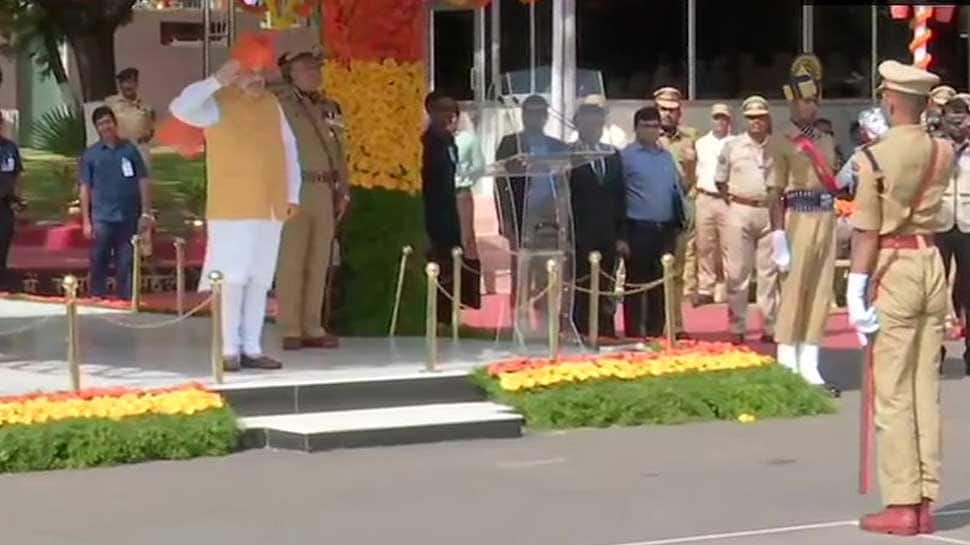 The ceremony marks the conclusion of basic training of the IPS probationers.

The basic training of the IPS probationers of 70 RR was started on December 18, 2017. The batch consists of 92 IPS probationers including 12 Lady IPS. Eleven Foreign Officers are also among them including 6 officers from Royal Bhutan Police and 5 from Nepal Police.

Giving more information about the training programme, Abhay, the director of NPA, said that the cadets go through rigorous training both in the classroom and the field. Every cadet has completed the 40 kilometres march carrying 10 kilometres weight at their backs and 5 kilograms rifle in their hands.

He further said, "There are a large number of IPS officers who have come from a very modest background and they are doing really well."

The Passing Out Parade is the most spectacular among the end-of-term events at the National Police Academy.

It is also the culmination event for the Academy for successfully releasing yet another batch of trained IPS officers to their respective cadre.