After the stupendous success of Hutatma season 1, ZEE5 announces season 2

Hutatma is a period drama based on a book by author Meena Deshpande. The story will now progress and as the fight for the Samyukta Maharashtra Movement intensifies, the series will showcase how Vidyut plots her revenge. 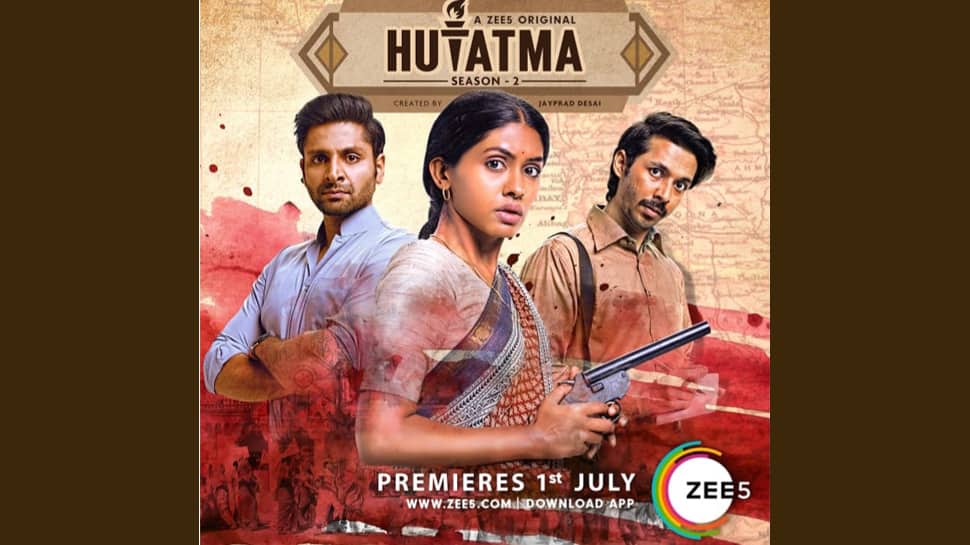 Hutatma is a period drama based on a book by author Meena Deshpande. Season1 revolves around the story of a young girl Vidyut, who revolts to avenge her father's untimely death (recap here). The story will now progress and as the fight for the Samyukta Maharashtra Movement intensifies, the series will showcase how Vidyut plots her revenge.

Staying true to its founding philosophy of focusing on regional content, the 72 Originals line-up includes shows across multiple genres and languages including Hindi, Tamil, Telugu, Marathi, Bengali and Malayalam. After the launch and success of Sex, Drugs & Theatre, Hutatma Season 1 and 2 is the next Marathi show as part of the overall line-up. Watch the trailer here.

Anjali Patil, actor, Hutatma said, Vidyut you see in this season is a transition of a very vulnerable girl into an extremely powerful and manipulative force which is focused on the justice. Her mission to seek justice becomes the primary focus of her existence leaving no space for any other personal emotions. This was stepping into a territory which as an actor I have never experienced. The entire experience of Hutatma was enriching and empowering for me as a woman. And now when I see Vidyut from outside, I'm extremely terrified of her and the force she carries within herself!”

Vaibhav Tatwawaadi, actor, Hutatma said, “Hutatma has been one of the most challenging roles of my career. We are enacting a part of India's history and that in itself is a huge honour. I am happy that the ZEE5 series has turned out the way we envisioned it and I am looking forward to the feedback on season 2.”

Jayprad Desai, Director, Hutatma, said, “Hutatma has been a dream like project for me. I am humbled with all the love and appreciation we received for Season 1, encouraging us to take the story forward. I am truly thankful to each member of the team to put their trust in me, without which, it would have been difficult to cinematically execute a story as challenging as Hutatma. It is the team spirit and hard work that has propelled and anchored it. I am also happy to partner with ZEE5, their belief in the story and constant support kept us going strong.”

Aparna Acharekar, Programming Head, ZEE5 India said, “The first season of the series was very well received by the audiences. We have ensured that no aspect of the series is compromised and every character is finely etched. It is a powerful story which has enhanced and strengthened our hold in the league of digital regional content. Hutatma is one of our biggest shows and with Season 2, we aim to strengthen this legacy. We are certain that with the launch of the second season, the show will earn more traction and we are putting all our might to ensure it travels far and wide.”