Rajat Sharma accuses him of being okay with making fun of others but not accepting it when someone makes fun of him. 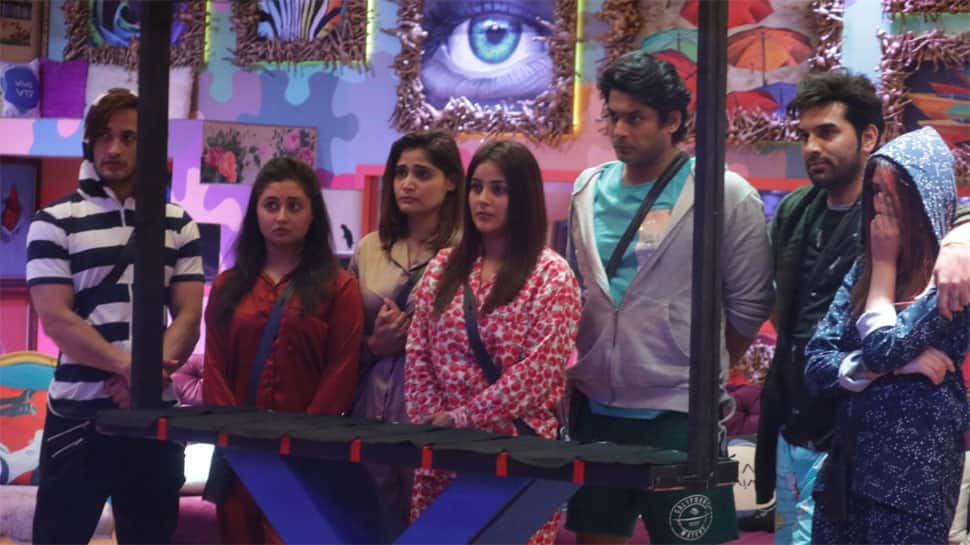 New Delhi: With merely a few days remaining for the Bigg Boss finale, the contestants are now aiming squarely at the trophy. The pressure level among the housemates has reached its zenith and it is now the turn of the remaining contestants to face the ‘Katghara’. Rajat Sharma asks Shehnaz if ‘Sidnaz’ is real or it is just a part of her game. He also blames Shehnaz for spoiling her own image by talking about having multiple boyfriends at one time. Next up is Sidharth in the ‘Katghara’.

Rajat Sharma accuses him of being okay with making fun of others but not accepting it when someone makes fun of him. He also questions Sidharth on why his relationship has gone sour with Rashami. Sidharth says that Rashami is a perpetual liar and there was an article that came out during the tenure of their show that maligned Sidharth’s image.

He then asks Sidharth whether he will remain in touch with Shehnaz after the show is over. He ends the question-answer round by asking whether Sidharth is himself a flipper and not Shehnaz since he flipped and saved Paras and not Shehnaz.

Later, Rajat Sharma tells Mahira that she is completely invisible in the house. Rajat also gives her a reality check by reminding her that if she wants to win the game, she better play for herself.Rajat doesn’t spare Arti either and claims that just Bigg Boss, even though she is omnipresent. He also compares her nature to the popular saying ‘Begani Shadi Mai Abdulla Deewana’. He questions her on always being dependent on Sidharth.

Rajat Sharma also asks Arti why did she always support Sidharth and not Rashami even though she knew them both from before. Aarti reacts and says Sidharth is a good looking guy and if  being with him is written in her destiny, she will readily accept it

While the contestants are still trying to get over Rajat Sharma’s Vaar, they encounter an unexpected horror in the house. To give them a spine-chilling experience, actor Vicky Kaushal enters the house to freak them out by introducing them to ‘Bhoot’, his upcoming movie. Vicky takes Sidharth and Paras in confidence and decides to prank the other housemates.

A secret task is given to both guys where they have to make the other contestants believe that there is actually a paranormal entity inside the house.  Sidharth and Paras play it well and make the whole situation intense by littering stuff in the washroom area and around the garden area to make it look extremely scary and believable. To give a realistic touch, they request Bigg Boss to scare the contestants by adding light effects.

Vicky Kaushal watches them freak out from the activity area on TV. The actor wears a prop of the headless body to scare the contestants even more and enters the house from the Captain’s room. The contestants who are outside, witness someone’s presence inside.

Already spooked out, they gather courage and move closer to see who has entered and are stunned to see the visual. To their surprise, they see Vicky and are relieved to know it was a prank. Later, he opens up the big card and talks about the real nightmare of the contestants; eviction. He narrates a horror story and informs them that he has come alone but he will not go alone. One contestant will be evicted and go back home with him.

What will the post effects of the Adalat session be? Who will be the contestant whom Vicky Kaushal will take back home?