A few days ago, Rashami and Sidharth got into a nasty fight that continued till Salman Khan's "Weekend Ka Var" episodes. 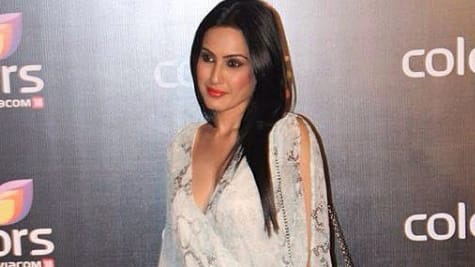 Mumbai: Actress Kamya Punjabi, who is a keen follower of "Bigg Boss 13", is quite angry with Rashami Desai's behaviour towards her fellow contestant Sidharth Shukla.

A few days ago, Rashami and Sidharth got into a nasty fight that continued till Salman Khan's "Weekend Ka Var" episodes.

During the fight, the two were seen using abusive and derogatory remarks for each other. The issue turned more ugly when Sidharth called Rashami 'aisi ladki' (such a girl), which infuriated the latter.

Rashami kept crying and asked Sidharth what did he mean by 'aisi ladki'. After last night's episode, Twitter seems to be divided.

A section of users supported Rashami for giving Sidharth a mouthful, while others slammed her for playing the 'woman card'. Kamya, too, has been among the lot that has lashed out at Rashami for targeting Sidharth.

Kamya did not stop here. She even took a dig at Rashami by calling her drama of "aisi ladki" as a "ghatiya performance".

"Bigg Boss 7" winner Gauahar Khan, who was earlier criticising Sidharth's behaviour, recently lashed out at Rashami for her abusive langauge.

She wrote: "Speech is very important! How you put ur point across, language, everything matters! Rashmi didn't hold it together! Two wrongs never make a right!! Abuses hurled kills the purpose! Uff."

On the other hand, actress Mrunal Thakur rooted for Rashami.

Taking to Twitter, Mrunal tweeted: "@TheRashamiDesai. We all know who is winning #BigBoss13."