Bigg Boss announces that VIPs have been saved from the nominations and all the remaining housemates are nominated for this week. Bigg Boss further asks all VIPs to give ratings 1-5 (with 1 being lowest and 5 being maximum) to all non-VIPs based on their journey in the house. 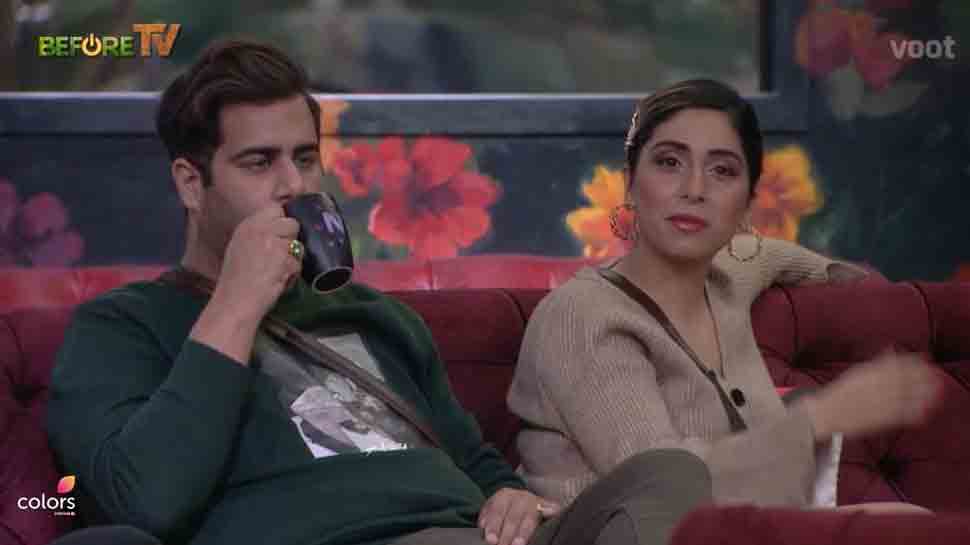 New Delhi: Bigg Boss announces that VIPs have been saved from the nominations and all the remaining housemates are nominated for this week. Bigg Boss further asks all VIPs to give ratings 1-5 (with 1 being lowest and 5 being maximum) to all non-VIPs based on their journey in the house.

The VIPs decide among themselves and decide on giving 1 to Rajiv Adatia, 2 to Neha Bhasin and Jay Bhanushali, 3 to Pratik Sehajpal and 4 to Simba Nagpal. Rajiv argues with Umar Riaz on giving poor rating to him. Neha Bhasin expresses annoyance on being rated poorly and suggests Simba Nagpal to spit in the food of VIPs.

Bigg Boss announces luxury task and Simba and Rajiv Adatia go inside the store room to collect food items. Neha Bhasin expresses her anger over the duo for not collecting grains and vegetables. Neha gets into loggerheads with Tejasswi and accuses her of not letting her speak to Simba. She goes on to call Tejasswi brainless and insensible.

'Dabar Dant Rakshak' task is announced and most of housemates, including Karan, Tejasswi and Jay label Neha of spreading negativity with dirty words.

Karan tells Rajiv that he wants him to be inside the VIP chamber. He tells him that he needs to take proper decisions that will eventually benefit him in the game.

Umar tells Vishal that initially he found Neha classy because of her attitude and dressing. However, he realised her true identity when she started abusing her. Umar and Vishal hope that Neha gets eliminated this week, which would really help them in going ahead in the game. They also want Rajiv and Shamita to be in the VIP zone.

VIPs are given special powers and they have to decide on the 'doshi' (main culprit) of the house and that particular person will be sent to jail.

VIPs decide to send Rajiv inside the jail as they feel he would get sympathy from the public that would help him since he is nominated.

Non-VIP contestants Jay and Pratik start convincing the contestants that among them who should be punished. But rather deciding on the punishment, they themselves start fighting with each other. Nishant feels that Umar's line of questioning is futile. Meanwhile, Karan expresses his anger and says that time waste ho raha hai. Umar gets offended by his statement and starts shouting at Karan and Vishal for not showing any courtesy. Karan gets annoyed and kicks the table in rage.

Jay Bhanushali gets saved and Pratik argues that Neha is more deserving to go to jail since she has done some things wrong in these last 10 days. However, none of them want to point out each other's task. Pratik finally gave up and said he deserves to go to jail instead of Neha. VIPs argue that Pratik has done the opposite of the task so Pratik should get disqualified and Neha should be left behind.