TV actress Hina Khan turned 32 on October 2, 2019. Two days after her birthday, the actress took to Instagram to share the pictures of her birthday bash. 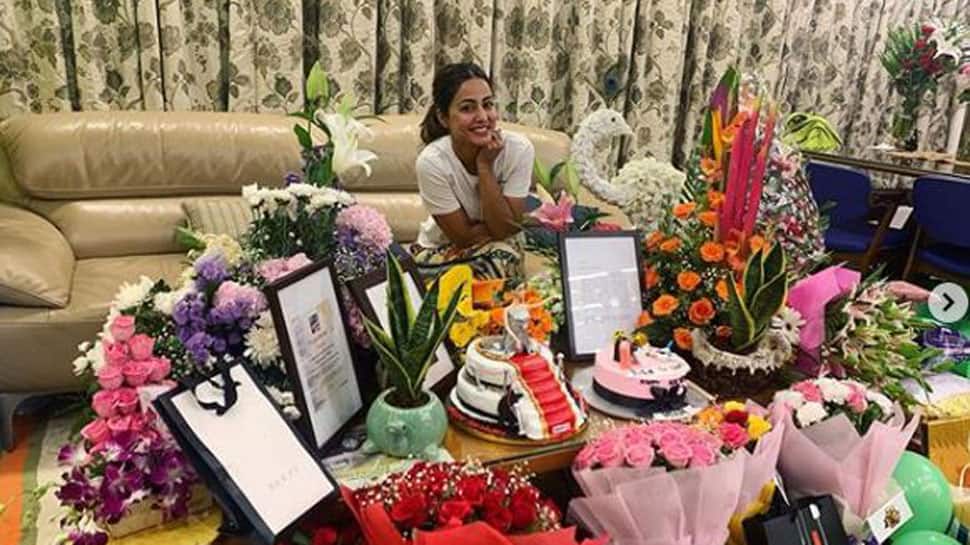 New Delhi: TV actress Hina Khan turned 32 on October 2, 2019. Two days after her birthday, the actress took to Instagram to share the pictures of her birthday bash.

Sharing a series of pictures of herself with beau Rocky Jaiswal and Bigg Boss 11 contestant Priyank Sharma, Hina wrote, "Birthday love #Blessed Thank you All,”

Birthday love #Blessed Thank you All

In the pictures, Hina Khan can be seen wearing a short black dress. She cuts her birthday cake while her friends and family cheer on.

After enthralling her fans Komolika in Kasautii Zindagi Kay 2,  Hina made her debut into the world of films with 'Lines' which is based on the backdrop of Kargil war. It is reportedly a love story set in Kashmir. Hina, who originally hails from the valley was seen playing a character named Nazia. She is now replaced by Aamna Sharif in the show

Hina became one of the finalists in Bigg Boss 11 and her stint in the show garnered a mixed reaction. It was only after Bigg Boss, Hina bagged the mega project with Balaji. However, she soon exited the show to foray into films.

She enjoys a massive fan following on Instagram with over 6 million followers.