Kangana Ranaut will share the stage with Karan Johar – Deets inside

Kangana had accused Johar of nepotism when she had made an appearance on his talk show Koffee With Karan in February last year to promote her film Rangoon. 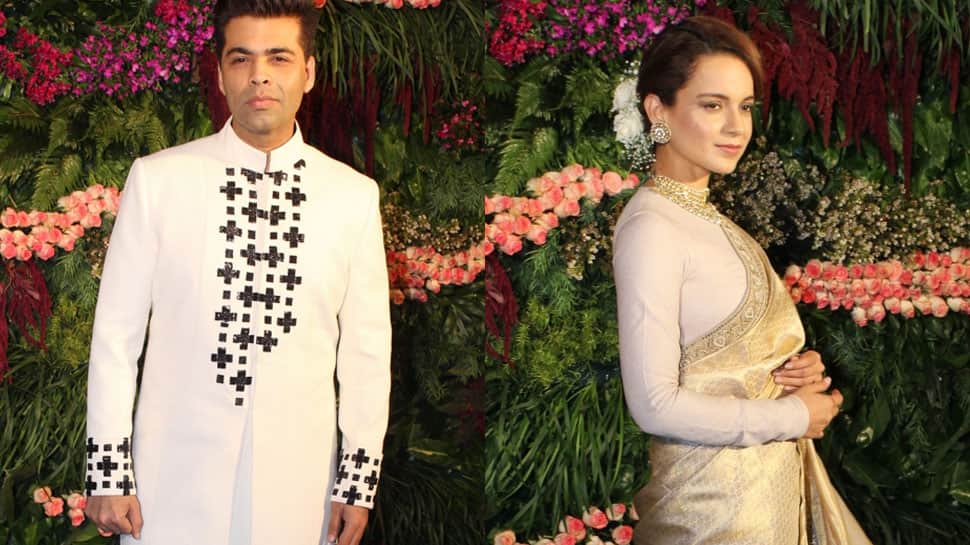 Mumbai: Believe it or not, Kangana Ranaut has reportedly agreed to make an appearance on a TV show hosted by Karan Johar. And what is the first thing that struck you on reading this? Nepotism, right?

Well, the three time National Award winning actress is all set to share the stage with the Bollywood producer-director, who co-hosts India’s Next Superstars with Rohit Shetty.

According to a report in After Hrs, a source said that the actress agreed to share the stage with Johar because the channel had reached out to her and they even reportedly paid her a hefty sum for the appearance. And hence there was no reason for Kangana to turn down the offer.

“Kangana and Karan may share different ideologies but that doesn’t mean they can’t come together on a common platform, “the source said, and added, “It’s great that Karan and Kangana will shoot together. But it’s a professional call, nothing more should be read into it.’’

For the uninitiated, Kangana had accused Johar of nepotism when she had made an appearance on his talk show Koffee With Karan in February last year to promote her film Rangoon along with Saif Ali Khan and Shahid Kapoor.

Johar, who remained silent, then, took a little too long to react to her remarks. He reportedly spoke about it during an event in London and then even took a jibe at the actress during the IIFA awards last year. The filmmaker later apologised for his act that he felt was completely uncalled for.