In tonight’s episode, Karan enters the house to see Prithvi lying on the floor. 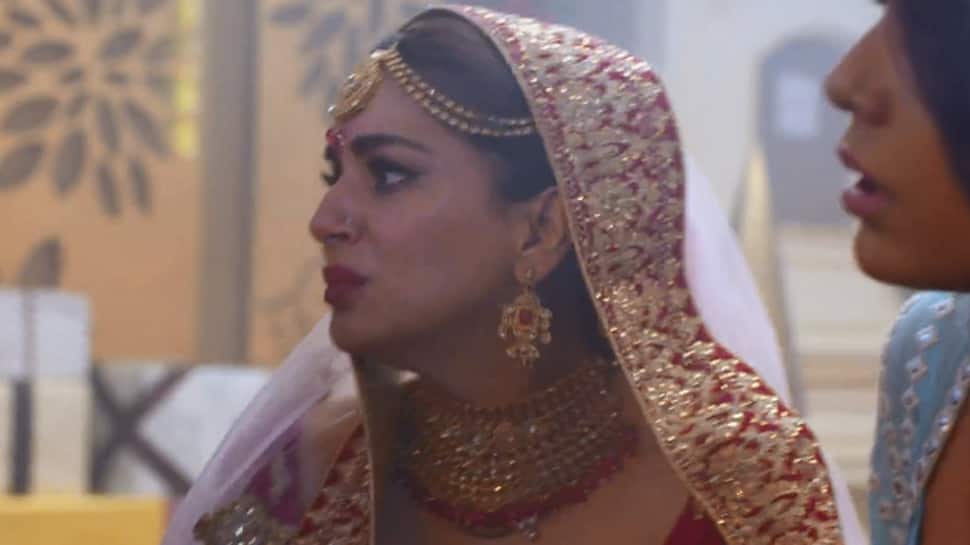 New Delhi: In the episode, Karan accepts Prithvi's challenge to stop his wedding with Preeta. Karan overhears half of what Preeta is telling Sarita and assumes that she is happy marrying Prithvi. This makes him even angrier and he comes to Rishabh. Karan tells his brother that he is going to burn the entire venue. Rishabh, knowing that he can't stop his brother, decides to call the ambulance and fire brigade in advance. Sarla, on the other hand, drinks the spiked water and gets a heart attack. Sherlyn meanwhile gets to know that Prithvi has agreed to marry Preeta and to pay him a lesson she knocks him down.

In tonight’s episode, Karan enters the house to see Prithvi lying on the floor. He wonders how to save him as Sherlyn watches all this. Karan calls the room service pretending to be Prithvi and asks for help. He hides till help arrives. Two people come and take Prithvi away as they see him unconscious. Karan continues his plan of burning the wedding hall. He throws kerosene around and throws a match as a way to stop this marriage.

He runs away after setting the room on fire. Sherlyn is still stuck in the room wondering how to escape. The entire marriage setting fills up with smoke from the fire and everyone starts panicking. Preeta’s mom starts feeling uneasy and they all rush to take her home. Karan rushes out and he ends up clashing with Preeta, and his hand touches hers. She senses Karan being around but pushes away the idea thinking that he would not be there. Karan rushes away after momentarily waiting too.

Sammy finds his way through and ends up saving Srishti. Meanwhile, Janaki aunty is on the first floor helping evacuate everyone. Rishabh sees that Janaki aunty needs help and is in a dilemma whether to go help and be seen by Janaki aunty or just stay. While Janaki aunty searches the room, Sherlyn slips away. Rishabh and Karan meet outside and escape the venue before they are seen.

Preeta’s mom is unwell and experiences chest pain. Srishti informs that she couldn’t reach any doctor but a doctor shows up in time. They ask the doctor who called him. He informs that he got a call 45 mins before and he rushed to the venue. Everyone is puzzled wondering who made the call before the fire. Meanwhile, Karan and Rishabh rejoice happily in their car-ride back home.

Sherlyn reaches home and she asks her mom to lie on her behalf by informing Kareena that she couldn’t attend the function. Mahira and her mom inform him that they have a special gift. Mahira tries to talk with Karan but he doesn’t let her finish and asks about the gift as a way to divert the topic. Rishabh informs Rakhi that he still thinks Karan has feelings for Preeta. Does Karan still have feelings for Preeta like Rishabh says? Does Preeta also love Rishabh still? Stay tuned to find out.