In tonight’s episode, Karan tells Preeta that he is unhappy to see her in the house. 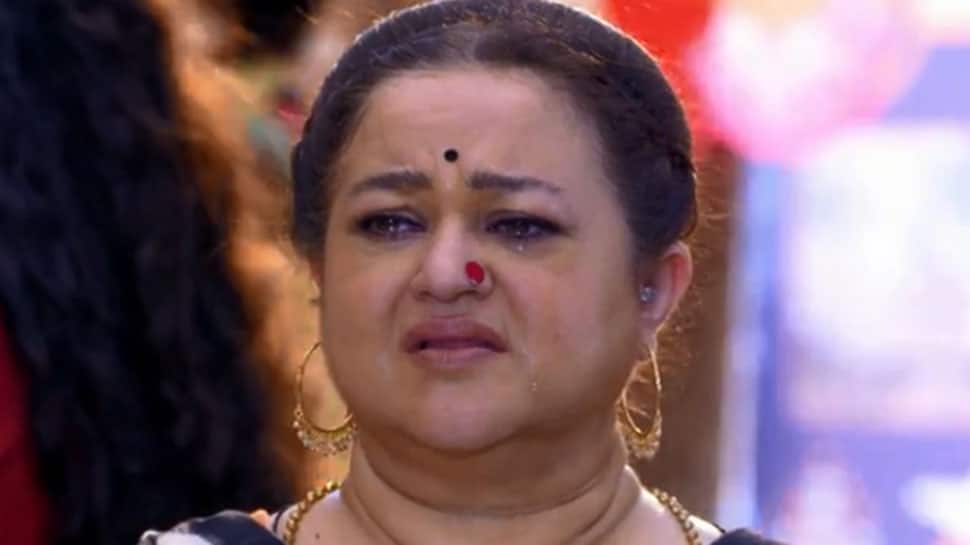 New Delhi: In the episode, Rishabh decides to not be a part of mooh-dikhai ceremony and leaves. On finding out that Preeta is invited, Karan also decides to leave. Preeta pledges to expose Sherlyn despite her now being Rishabh's wife. Meanwhile, Sherlyn takes a break from the ceremony.

At the ceremony, Kareena aunty asks Sanajana why she's upset with Prithvi. Just when she is about to reveal the truth, Prithvi steps in. He warns Sanjana that if she exposes him then her daughter, Sherlyn, will also be ruined. Srishti and Sammy plan to bring Preeta and Karan together.

In tonight’s episode, Karan tells Preeta that he is unhappy to see her in the house. Preeta tells Karan that she is only there because of Rakhi. she refuses to take anymore insults from Karan, while Karan asks Preeta to go with her best friend Sherlyn and celebrate the muh-dikhai, he doesn’t want to see her face.

Sarla notices the man who kidnapped her in the market. She decides to take him to the Luthra house to prove Preeta’s innocence. However, she doesn’t know how to get him along with her to the Luthra house. Rishabh remembers how Karan told him that Preeta had proof of Sherlyn’s pregnancy. He gets upset and leaves from office.

Preeta asks Srishti to leave the Luthra house since the ceremony is done. Srishti says she is hungry and goes to the kitchen to eat something. Karan gives Sammy Rakhi’s phone and asks for his own phone back. Preeta realises Srishti and Sammy planned to make her meet Karan.

Prithvi sees Preeta and introduces her as his future wife. He even invited the people nearby to their wedding. He tells Karan he is very happy but Karan looks disinterest. Prithvi is happy that his plans all worked so well. Will Sarla be able to derail Prithvi and Sherlyn’s plan? Stay tuned to find out.