So, this September 18 at 9:30 pm, be ready to pull the trigger for a power-packed entertainment with the World Television Premiere of 'Babumoshai Bandookbaaz' on &pictures. 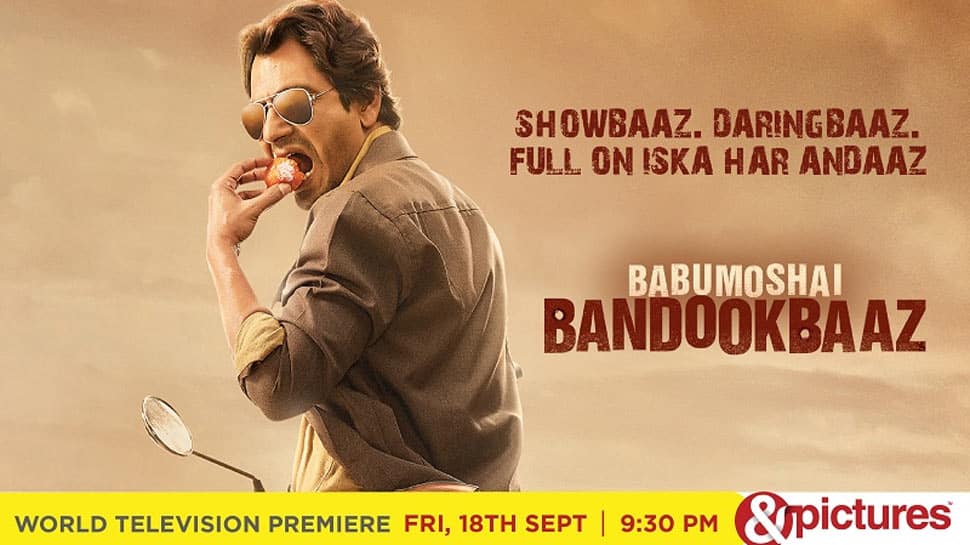 New Delhi: Break out of the monotonous week and swoop into a thrilling weekend with the badass 'Babu Bihari' in the World Television Premiere of 'Babumoshai Bandookbaaz' on &pictures. This savage crime thriller, with a layer of romance and humour, is touted to be a quirky ride into the life of a small-time contract killer 'Babu', his love life and his rivalries.

Directed by Kushan Nandy, this hinterland noir sees the versatile actor, Nawazuddin Siddiqui in and as Babumoshai Bandookbaaz a.k.a Babu Bihari along with the talented Bidita Bag as Fulwa. Along with them, the movie features Divya Dutta, Murali Sharma, Jatin Goswami and Shraddha Das in pivotal roles.

So, this September 18 at 9:30 pm, be ready to pull the trigger for a power-packed entertainment with the World Television Premiere of 'Babumoshai Bandookbaaz' on &pictures.

Talking about his character, Nawazuddin Siddiqui said, “Babu Bihari is a deadly goon who doesn't give a damn about the values of society but at the same time has his own style and sense of humour. He is not like the typical Bollywood hero, and, that's what I liked about him, the different layers that surrounds his character. Also, when I heard the script, the first thing that came on mind was James Bond. I took inspiration from him for my character, while I knew there was nothing in common, yet I wanted to make Babu cool just like bond. Babumoshai Bandookbaaz was a very special project for me and I hope the viewers enjoy its World Television premiere on &pictures.”

Set against the badlands of UP, the movies revolve around Babu, a small-time contract killer who is assigned with a project by an influential politician. However, to add to his adventures, he meets Fulwa and thus begins a parallel adventure and things start to get awry. This quirky and humorous tale of Babu, his adventures, love, friends, enemies and revenge dial up the thriller quotient together in Babumoshai Bandookbaaz.

Witness the full-on andaaz of the small-town contract killer, Babu Bihari, in the World Television Premiere of Babumoshai Bandookbaaz on 18th September at 9:30 PM only on &pictures!