‘My man knows his limits’: Jasmin Bhasin opens up on other girls flirting with beau Aly Goni

Jasmin Bhasin says she is not jealous of the attention that her heartthrob boyfriend Aly Goni on Flipkart's original show Ladies vs Gentlemen. 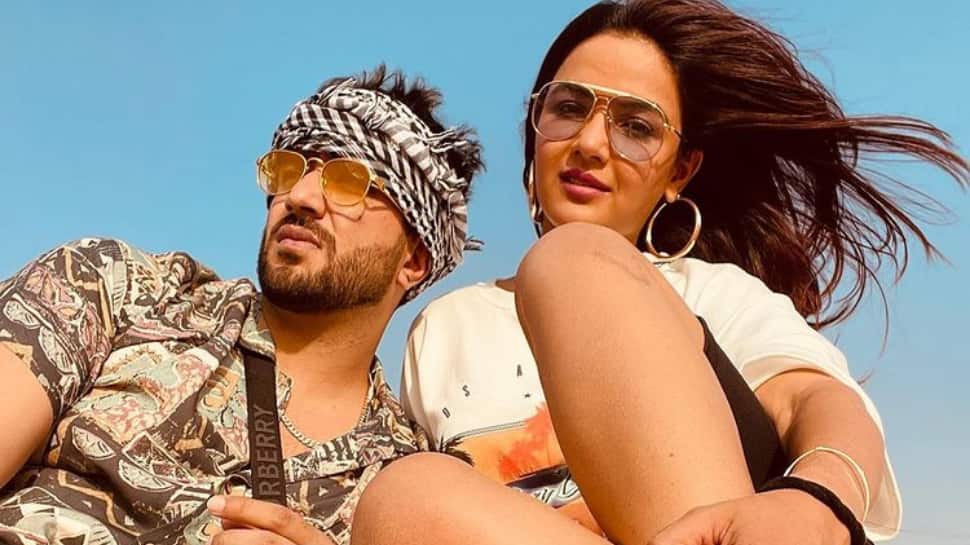 New Delhi: TV couple - actors Jasmin Bhasin and Aly Goni, have won many hearts with their adorable chemistry. The two are often seen travelling together and sharing photos of each other on their social media. Now, Jasmin Bhasin has revealed her reaction to girls flirting with Aly Goni and giving him all the attention.

On the Flipkart Videos original show Ladies vs Gentlemen, choreographer Terence Lewis asked the Bigg Boss 13 alum if girls are more jealous than men. To which Jasmin replied, “See, I don't feel jealous. I feel nice. ‘Wow, he is so desirable, he is making heads turn. I am so lucky to have him.’” Aly Goni enjoys a huge female fan following.

Terence added a condition to the scenario and asked Jasmin if she would feel jealous seeing women flirting with her man. “What if a girl is flirting as well,” asked the India Best Dancer judge.

To which Jasmin confidently replied, “I am okay with it. My man knows his limits. He won't cross them so I am not jealous.”

Impressed with Jasmin’s answer, fans called Aly the ‘luckiest man’. “Aly you are the luckiest man. She trusts you much. She is so humble,” wrote one user, while another commented, “She is so sweet and mature. Give him all freedom and support. Proud of my girl #JasminBhasin #Jasminians."

Aly Goni and Jasmin Bhasin realized their feelings of love for each other during their stint in Bigg Boss 13. Earlier, the two maintained that they are ‘best friends’. After coming out of the Salman Khan hosted reality show, they would often be papped together and have also featured together in hit music videos - Tera Suit, Tu Bhi Sataya Jayega and 2 Phone.