On its first anniversary, ZEE5 announces 72 new Originals across 6 languages till March 2020

The extravaganza was attended by some of the biggest names from showbiz across regions. 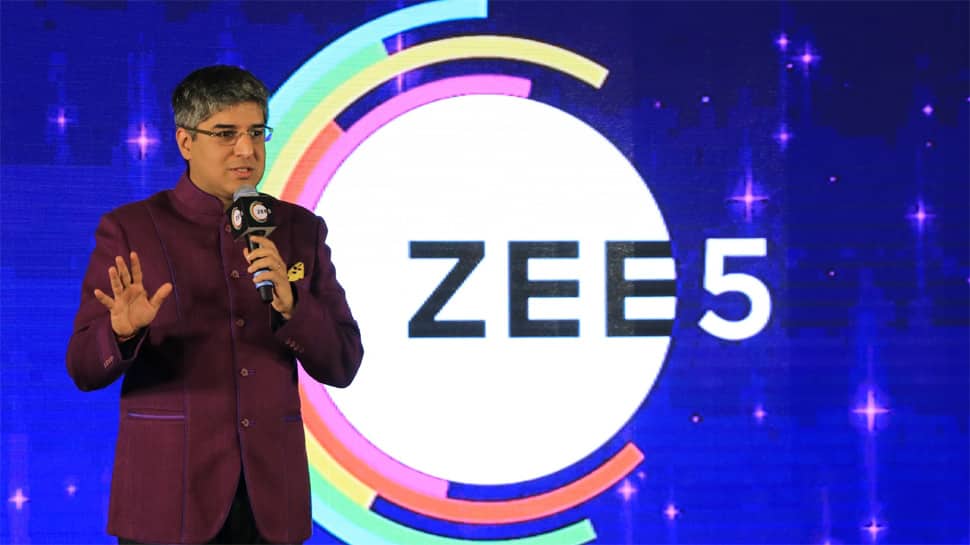 Ushering in its first anniversary, ZEE5 today announced an extensive line-up of 72 new Originals on the platform till March 2020. Staying true to ZEE5's founding philosophy of focussing on regional content, this includes shows across multiple genres and languages including Hindi, Tamil, Telugu, Marathi, Bengali and Malayalam.

The fastest growing OTT platform in the country also announced an anniversary offer where subscribers can avail a 30% discount on both annual subscriptions - all access and regional, as well as an additional 50% cashback on Paytm.

The extravaganza was attended by some of the biggest names from showbiz across regions including Arjun Rampal, Saqib Saleem, Pooja Bhatt, Mahesh Bhatt, Goldie Behl, Guneet Monga, S Sreesanth and many more from the Bollywood industry, Parambrata Chatterjee and Raima Sen, Payel Sarkar, Riddhi Sen from Kolkata, Kathir from Chennai, Sujay Dahake, Vikram Gokhale from the Marathi entertainment industry, and so on.

Commenting on the milestone, Amit Goenka, CEO, International Broadcast Business and Z5 Global said, "It is a very proud moment indeed for us as we celebrate the first anniversary of ZEE5.

A year in, we have seen how ZEE5 has, in fact, bolstered the network channels' fanbase through its Before TV and catch-up content offerings. With its strong content library, the platform has established a niche for itself in the regional markets of our country – a space that has always remained a focus for us as a Group. In the next few years, we will be investing in ZEE5 to make it the most widely subscribed and viewed the Indian entertainment app globally."

Speaking at the occasion, Tarun Katial, CEO, ZEE5 India said, "This past year has been an enriching journey for each one of us who have been a part of it and being the fastest growing OTT platform in the country is a testimony to the continual efforts of the team and support from our partners. Since our launch in February 2018, we have achieved milestones not just on the Content front, but under multiple pillars including Partnerships and Technology. Our aim through all our initiatives has been to bring a seamless viewing experience for our subscribers, no matter where they are or what their preference is. The learnings have been immense, and from it we have emerged - stronger and bigger. In 2019, our aim is to outdo ourselves in terms of the concepts & shows and technology we drive through ZEE5 and the announcements today are proof that we are fully poised to take this on."

Continuing about the year ahead, Katial said, "The regional markets is where the future of entertainment lies – our next viewers will come from there. We are cognizant of this and building an ecosystem to add more value to our stakeholders in these markets. To celebrate our first anniversary, we have a special offer for our subscribers as well."

At the star-studded event, ZEE5 unveiled the logos of the following shows:

To celebrate the anniversary, ZEE5 has launched a special 30% discount on both annual packs - all access @ INR 999/- and regional @ INR 499/-. This is applicable from 14th February to 31st March; in case subscribers pay via their Paytm account, they will get an additional 50% cash back on these rates.

ZEE5 is India's fastest growing entertainment OTT destination that has invested heavily in acquiring and producing content that will resonate with a cross-section of viewers across the country. As of December 2018, ZEE5 has 56.3 mn monthly active users, who spend an average of 31 minutes on the platform per day. ZEE5 has consistently been amongst the top-5 free and grossing entertainment apps in India as per the Google Play store rankings.

In a first of its kind initiative, in the past quarter, ZEE5 launched regional subscription packs for Tamil, Telugu and Kannada users. These tiered SVOD packs enable consumers to watch premium content in a language of their choice at half the price. Subscribers of these packs are also able to watch their favourite TV shows hours before they are aired on television later in the day. This offering has helped ZEE5 gather subscription momentum in the South Indian market.

Did you know Tiger Shroff can't sleep alone in a big room at night?