Superstar Mahesh Babu for the first time in his career shot for a unique concept video for any Television channel, and that being Zee Telugu is a matter of immense joy and pride for the entire team. 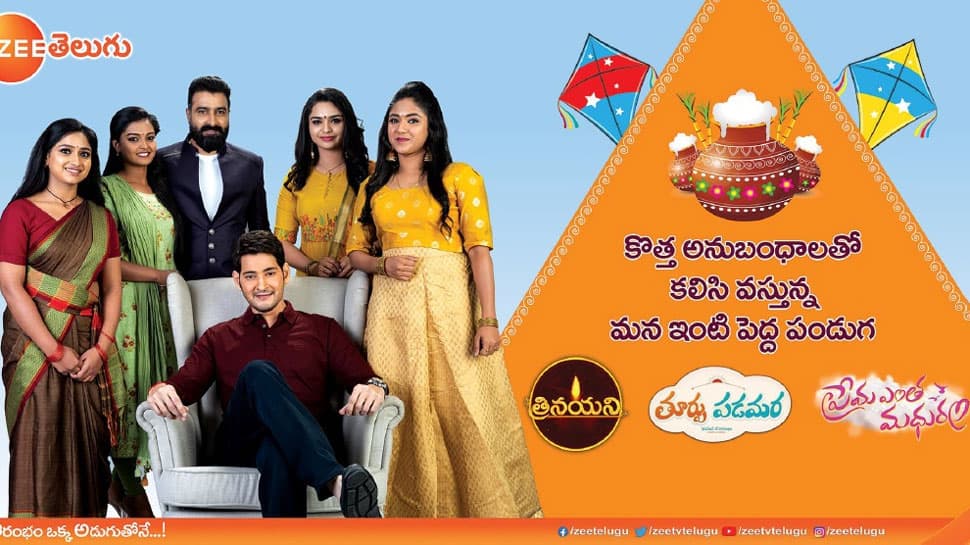 With contemporary stories, diverse storytelling and unique presentation, Zee Telugu has always been a trendsetter in the entertainment network. Another factor that makes Zee Telugu the flagbearer of distinctiveness is that it never shied away from taking out-of-the-box decisions for its progress.

One such celebratory decision is taken by of Zee Telugu, wherein blockbuster hero superstar Mahesh Babu has been onboard for a first-of-its-kind introductory promo campaign launching its three brand new fictions featuring the superstar himself.

Superstar Mahesh Babu for the first time in his career shot for a unique concept video for any Television channel, and that being Zee Telugu is a matter of immense joy and pride for the entire team. The actor, with ease, sincerity and utmost respect delivered a beautiful act for the brand magnification. When Mahesh Babu said, “Zee Telugu, meeku naaku madhya varadhi,” (Zee Telugu, the bridge between you and me) on the sets, every face of Zee Telugu team member was gleaming with pride and joy.

Superstar Mahesh Babu comfortably blended with the talent of the three new fictions that are all set to launch. Prema Entha Madhuram featuring Sriram and Varsha, Trinayani featuring Aashika and Thoorpu Padamara featuring Yamini and Jaya Kavi, without any doubt had the time of their lives sharing screen space with the Superstar of Telugu cinema. Actor and host Pradeep Machiraju has always been Zee Telugu's go-to person for brand magnification campaigns. And as always, this time too, Pradeep made his impactful presence felt in the video.

The channel is aiming to take this concept video all out and all over for the promotions of its upcoming fictions and the brand over and above. The campaign launch has smartly been planned around Sankranti, which is the first and the biggest festival celebrated in Telugu states. The festival also sees releases of big film in Tollywood. Zee Telugu is leveraging this occasion by playing this concept video in over 800+ theaters across AP & TG where two big blockbuster Sankranti releases of Mahesh Babu and Allu Arjun, Sarileru Neekevvaru and Ala Vaikuntapuranloo are being screened.

This campaign is written, conceptualized and directed by Zee Telugu's Fiction lead Jayanth Raghavan and backed by every team from the channel. Sankranti 2020 can't get any better for Zee Telugu with the MASSive launch of video on air, social, digital and theaters. An extensive print, outdoor, ground, local cable telecasting & PR promotions are also in the offing.

Watch the video on all social platforms of Zee Telugu:  #MaheshBabuxZeeTelugu