Zee Bangla salutes you on its 20th Birthday

Zee Bangla has personified the word 'trust' for the last 20 years. In all these years, Zee Bangla has grown with the love that it received from its viewers. 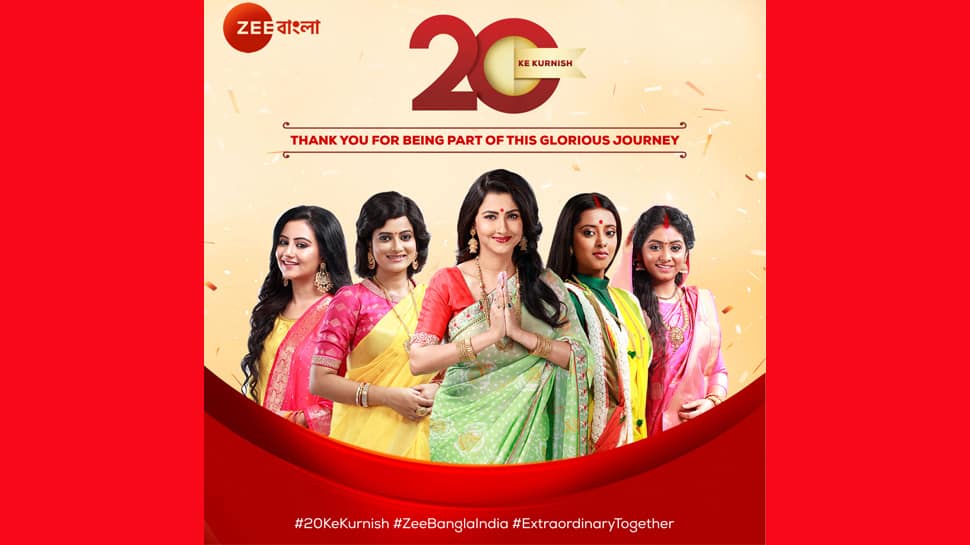 The Channel was launched on 15th September 1999 as Alpha Bangla, the first Bengali satellite Channel. Since then, the only goal of the Channel has been to uphold the rich Bengali culture to the world. No sooner, the Channel became a household name for audiences across West Bengal. The content of the Channel has always been tailor-made to suit the taste of the varied audience-base that it caters to. In the past, the Channel has belted out popular shows like Ek Akasher Niche, Rashi, Keya Patar Nouko, Saat Pake Badha, Khela, Khona, Agnipariksha and Subarnalata, which reflected Bengali ethos like never-before.

As pioneers of non-fiction category, Zee Bangla has given its audiences brilliant shows like Sa Re Ga Ma Pa, Dance Bangla Dance, Dadagiri, Didi No.1, Rannaghar and Mirakkel that are typically intrinsic to Bengali culture but also has a global outlook. These shows have not only entertained the audiences around West Bengal but has also acted as a launchpad for talents that would have never been known otherwise. These shows have been category-leaders in upping the game when it comes to entertainment and showcase of talent.

In tandem with the brand refresh in 2018, the Channel has seen a dramatic shift in storytelling, carving the way to its undisputed leadership in the Bengali GEC landscape. Zee Bangla has always tried to uphold its women protagonists and by its means tried to relate to the middle-class Bengali women and their psyche.

Top-grossing shows like Korunamoyee Rani Rashmoni, Krishnokoli, Trinayani, Bokul Kotha and Nakshi Kantha stand as testimonies to the way the Channel has adapted itself to reach out to its viewers better.

Zee Bangla has always been there to uphold the stories of those who have propelled change and moved forward with everyone around them. In this quest, everybody associated with Zee Bangla played the pivotal role because together we kept achieving newer heights. Together, we stand extraordinary.

We thank everyone who has stood beside us in our journey. Could not have made this far without your support and love. The warmth you hold in your heart helps us traverse that extra mile.

No 'Friends' reboot in pipeline