Mind Wars will host a database of more than 10,000 questions across the three content buckets – curriculum, general knowledge and current affairs. 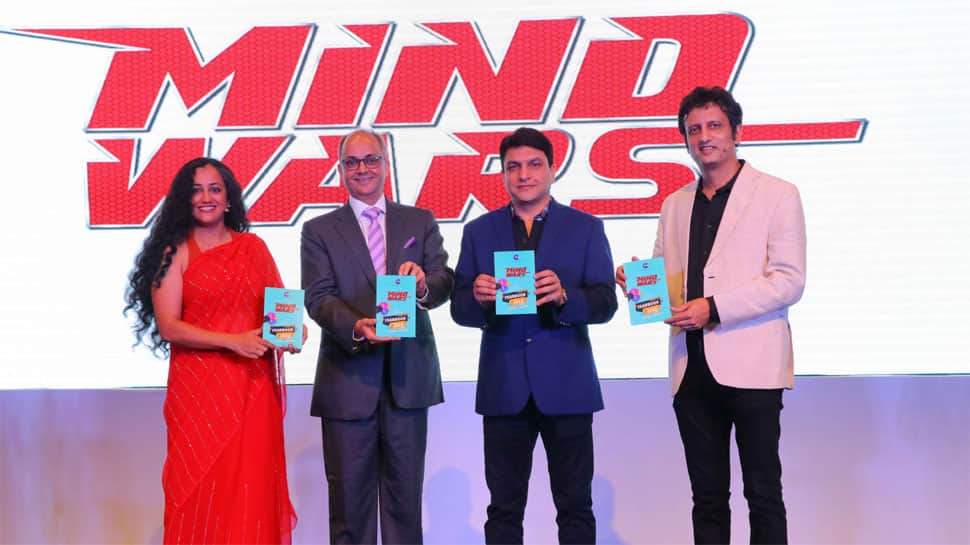 Zee Entertainment Enterprises Ltd (ZEEL), a global media and entertainment powerhouse, announced the launch of one of the world's largest quiz program titled Mind Wars for school students across India.

As yet another pioneering step by the media & entertainment powerhouse, Mind Wars is a first of its kind initiative, which will be hosted on a multi-platform ecosystem, providing a comprehensive knowledge acceleration program for students studying in grade 6th to 10th. The company aims to leverage the power of its multimedia prowess to build a property that will span across both, digital and TV, backed with an unprecedented on-ground presence across the country. The company also aims to enhance the knowledge quotient of over 1 crore students from 40,000 schools across 200+ cities of India.

In line with its macro-level strategic intent to integrate technology with its content offering, with this initiative, ZEE aims to offer a robust knowledge-based kids entertainment platform, which will be hosted on its state of the art digital entertainment platform - ZEE5. With its robust technology and customised user-friendly interface, ZEE5 will enable and enhance the participation levels, providing an easy access to 1 crore students across the nation.

Mind Wars will offer an open platform for school kids to benchmark them against their peers on a national scale using multi-platform testing formats across three content buckets: Curriculum, General Knowledge and Current Affairs.

The knowledge series will be conducted in the following sequence of events:

With a well-curated gratification pattern at each level, Mind Wars aims to maintain a strong engagement level for the schools and students.

At the launch of this initiative, Mr Punit Misra, CEO, Domestic Broadcast Business at ZEE Entertainment Enterprises Ltd, said, "We at ZEE Entertainment are focused on offering open platforms to our audience that they can benefit from in the long term. With the launch of a thoughtfully curated program Mind Wars, we aim to create the largest knowledge database that students can access throughout the year. It is our noble attempt to gamify knowledge and to create knowledge-based alternatives for entertainment for kids in their formative years."

The launch event in Delhi was followed by a quiz competition for 100+ schools from the capital city, with the quizmaster Mr Kunal Savarkar, CEO, Xpress Minds Edutainment Pvt. Ltd. As a consultant to ZEE for this special initiative, Mr Savarkar said, "For years, my partner Seema Chari and I wondered how we could get millions of students to become part of a knowledge and quizzing revolution. A chance meeting with the management at ZEE resulted in the creation of this knowledge juggernaut. Thanks to the whole-hearted support of ZEE, our small step is turning into a giant leap."

Mind Wars will host a database of more than 10,000 questions across the three content buckets – curriculum, general knowledge and current affairs. While the level of questions is for grade 6th to 10th, the platform will also be developed for higher age groups in its advanced stages.

Mind Wars has been conceptualised, created and curated by Essel Vision Productions Limited, a subsidiary of Zee Entertainment.