Zee Keralam moves up to No. 2 in weekdays prime time slot in Kerala

Selection of good content, catering to the tastes of the Malayalee audience has resulted in the channel continuously topping the charts in multiple parameters. 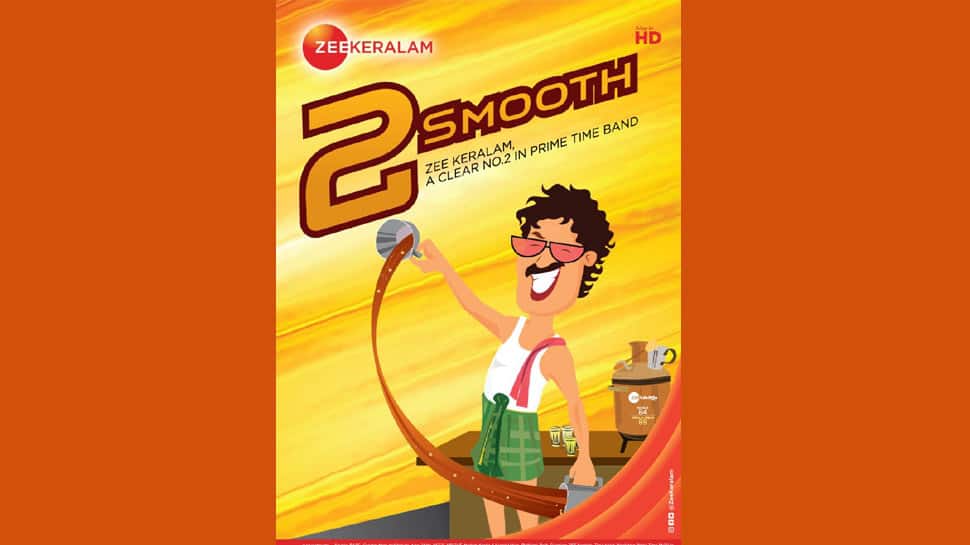 India's fastest growing channel Zee Keralam has made it to list of best entertainment channels in Malayalam and the channel now enjoys the coveted second position during weekdays within 4 weeks of its relaunch of fresh content. The channel already has been in the second position in the fiction genre pre and post lockdown and continues to have a firm hold on the spot.

Selection of good content, catering to the tastes of the Malayalee audience has resulted in the channel continuously topping the charts in multiple parameters. The channel managed to surpass its pre - lockdown numbers during its comeback and has cemented its popularity in the market. Zee Keralam's strong fiction line up from 5.30 pm to 10.30 pm on weekdays comprising of popular serials like Chembarathi, Neeyum Njanum, Sathya Enna Penkutty, Pookkalam Varavayi and Sumangali Bhava has witnessed strong growth and crossed its pre-COVID-19 slot numbers.

Their post lockdown 360-degree campaign with the tagline - 'Kanda Pathiyekkal Manoharam Kanaththa Pathi' managed to create a huge buzz in the market and marked the return on fresh content on the channel. It attracted a lot of eyeballs and has helped pull a loyal viewership to the channel.

Zee Keralam continues to deliver fresh relatable content for its audience. Their latest original fiction Karthika Deepam is all set to premiere on 13th July at 8 pm. The storyline is rooted in Kerala and has all the makings of an extremely relatable show. The audience response to the initial promos have been extremely favourable and it's fast becoming a much-awaited show in the market. The channel hopes that the new show will also be as successful and close to the hearts of the Malayali audience as their existing shows have been.

Keeping the brand promise, “Neithedukkaam Jeevitha Vismayangal” ("Let's weave wonders in life”), the channel stands for progressive content that brings together generations of Malayalees. The endearing stories of ordinary people doing extraordinary things are uniquely highlighted in all serials of Zee Keralam.