The celebration event sought to recognize the immense talent and commitment that have been displayed by the artists and the technicians, leading to the wide-spread appreciation for the show and the channel. 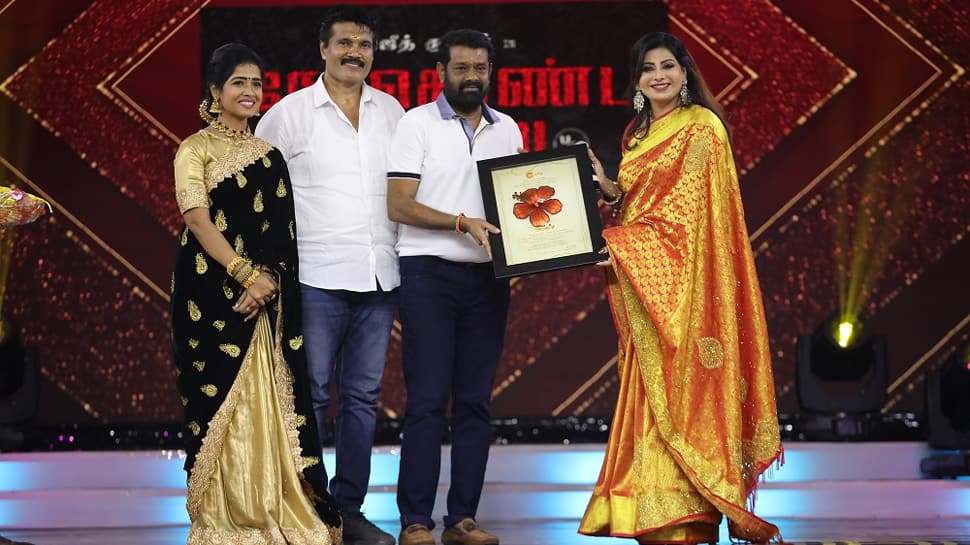 Zee Tamil held a grand event to celebrate the successful completion of over 550+ episodes of its leading fiction show - Sembaruthi. Having won the hearts of the audiences over the last 1 and a half years, the show had marked history being dominating the ratings chart and maintaining its No. 1 position in Tamil Nadu for 24 weeks (from Barc Week 46,2018 to Week 21,2019 except on Week 49 '18,Week 3 '19, Week 13 '19 & Week 18 '19). The celebration event was telecasted on Sunday, 11th August on Zee Tamil and Zee Tamil HD.

The celebration event sought to recognize the immense talent and commitment that have been displayed by the artists and the technicians, leading to the wide-spread appreciation for the show and the channel.

The pillars of the show that includes the cast - Priya Raman, Shabana, Karthik, Lakshmi, Sanjay, Kathir, Janani, Narasimha Rao, the director of Sembaruthi - Neeravi Pandiyan, Screenplay writer - Sabari Nathan and other technicians were also honoured and felicitated as part of the celebration event.

The event also witnessed several unique moments including the celebration of Mr Narasimha Rao's contributions through his '40 years in Cinema', Shabana's traditional Nallangu and Seer ceremony which was organised by women who are fans of the show among others. The most heart-warming aspect of the evening was the shower of love towards the Karthik by a cancer patient who yearned to meet Karthik.