30 PM only on Zee Telugu and Zee Telugu HD. With Meenakshi launching at 7.30 PM, Mudda Mandaram serial is shifted to 6:00 PM every Monday to Saturday. 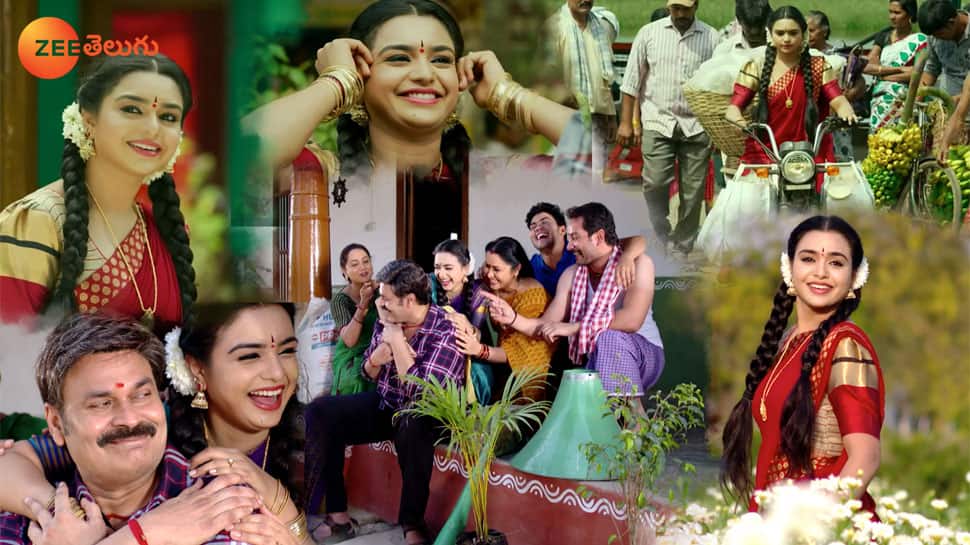 Adding to its diverse content offerings, Zee Telugu, a leading General Entertainment Channel in Andhra Pradesh and Telangana, announces the launch another fiction show - Meenakshi. Synonymous to the channel's identity, Meenakshi is a promise to encourage women to take a lead in their life. Watch this new show launched on 1st April at 7:30 PM only on Zee Telugu and Zee Telugu HD. With Meenakshi launching at 7.30 PM, Mudda Mandaram serial is shifted to 6:00 PM every Monday to Saturday.

This story of Meenakshi revolves around a young, happy, hardworking, family-oriented and an independent girl. Circumstances make her visually challenged and she becomes a victim in her own home and marriage. How she alters her disability into her strength and protects her family from a dangerous and manipulative force, forms the rest of the story.

The new fiction show guarantees to heighten the entertainment quotient through the very popular casting.

Yamini plays Meenakshi, known for her role in a successful role in Mutyala Muggu; popular small screen actor in Telugu states. Madhu plays the role of the male protagonist, Vishnu; Naga Babu, an actor and producer in Tollywood, the brother of Mega Star Chiranjeevi, Power star Pawan Kalyan and father of the young hero Varun Tej, plays the head of the family, Meenakshi's father and Jyothi, well-known as Padma from America Ammayi, she is back as Urmila, Meenakshi's elder sister.