No. 1 Kodalu also has a strong ensemble cast which comprises of Jai Dhanush, Suresh, Kranthi, Rithi, Sakshi Shiva and Chalapathi Raja among others. 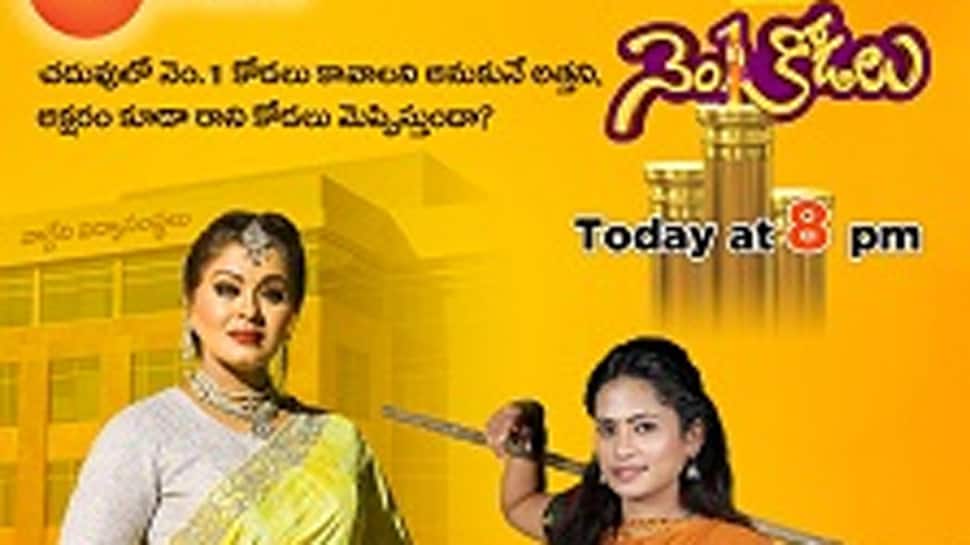 Zee Telugu's recent offerings such as Suryakantham, Rama Sakkani Seetha and Radhamma Kuthuru have showcased how the channel with the help of their female protagonists, has always been committed to projecting strong women characters in their shows.

Women have always been portrayed in a positive role by 'TAKING A STEP' towards their upliftment in society at large. Now the channel's latest innovative offering 'No.1 Kodalu', aims to redefine the relationship between a mother-in-law and daughter-in-law with its unique storytelling.

The distinct storyline is filled with powerful drama, emotional twists, camaraderie and much more and will be telecasted from today, December 9th 2019, every Monday to Saturday at 8 PM only on Zee Telugu and Zee Telugu HD channels.

Starring the veteran and graceful actress Sudha Chandran as Vagdevi, the project marks her comeback on the Telugu screen after a gap of 35 years. Sudha Chandran, in reality, is a strong determined woman who has fought against all odds to stand on her own. Her real-life story Mayuri-the film, in Telugu, is an inspiration to many.

As Vagdevi, she brings in lots of poise and power to the character. The role of her daughter-in-law Saraswathi is portrayed by the beautiful Madhumita. The show explores the worlds of two different women with contrasting personalities, who elevate each other. Vagdevi is a businesswoman who has several educational institutions and firmly believes education is a must to succeed in life. How Vagdevi's life changes with the entry of her daughter-in-law Saraswathi, an illiterate and the role that she plays in educating Vagdevi on the importance of love and happiness forms the crux of the story.

The show is enveloped in a lot of expectations, in terms of quality and content. Popular reality show winner, independent and playback singer Rahul Sipligunj has lend his voice for the soulful title song 'Rendu dikkulokataye' for No.1 Kodalu. The song is already creating a sensation online since its release last Friday.

No. 1 Kodalu also has a strong ensemble cast which comprises of Jai Dhanush, Suresh, Kranthi, Rithi, Sakshi Shiva and Chalapathi Raja among others.