7.NO SHANATAN SANYAL is an intriguing murder mystery that revolves around Shanatan Sanyal, a 45-year-old salesman who keeps losing his jobs due to his under confidence. 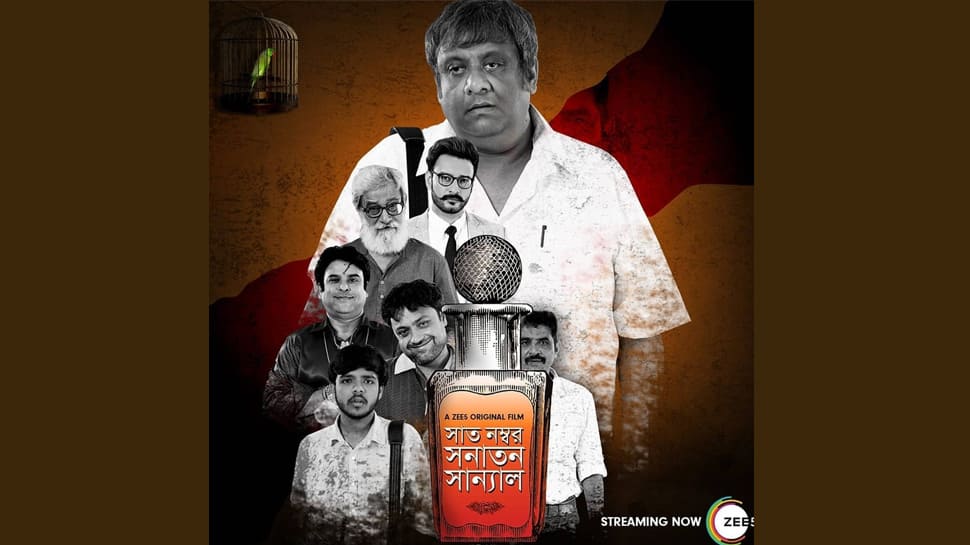 After the success of its recent originals like Sharate Aaj, Kaali and The Lovely Mrs Mookherjee, ZEE5 now premiers 7.NO SHANATAN SANYAL (7NSS). The film is a psychological crime thriller written and directed by Annapurna Basu.

7.NO SHANATAN SANYAL is an intriguing murder mystery that revolves around Shanatan Sanyal, a 45-year-old salesman who keeps losing his jobs due to his under confidence. The world is a tough game for the survival of the fittest, and Shanatan Sanyal fits nowhere.

Neither at home nor at his workplace. With a mere sales job that requires him to meet his namesakes, Shanatan roams the city's roads and alleys. Hoping to make the cut for a better life. But will he or won't he? Time turns from sour to bittersweet, as each of meetings with various Shanatan Sanyals give him something special to keep or something worthy of throwing away.  And one morning, all his clients start disappearing

Actor Kaushik Ganguly said, “It is the power of silence that brings out the simplicities of self-negotiations inside Shanatan. Annapurna wanted his silence to speak for him. And that's what became my essence while playing it. Hats off to Zee 5, to the producers for patronizing a commoner's story.”

Director Annapurna Basu, said, “Our film 7. No Shanatan Sanyal is sure to keep audiences engrossed scene by scene. It is crisp and fast-paced. In today's day and age where digital entertainment is evolving rapidly, we are thrilled that ZEE5 is investing in good content for the platform. We are sure with the widespread reach of the platform our film will reach out to a massive audience base.”

Aparna Acharekar, Programming Head, ZEE5 India said, “At ZEE5, we are constantly building quality content across genres and language. We are committed to invest in good scripts and produce stories which entertain our viewers. 7. No Shanatan Sanyal is a gripping story and we are certain audiences will enjoy watching it.”