Australian Open 2019: Caroline Wozniacki through to second round with comfortable win

Caroline Wozniacki launched her title defence at the Australian Open with a comfortable 6-3, 6-4 win over Belgian Alison Van Uytvanck in the first round on Monday. 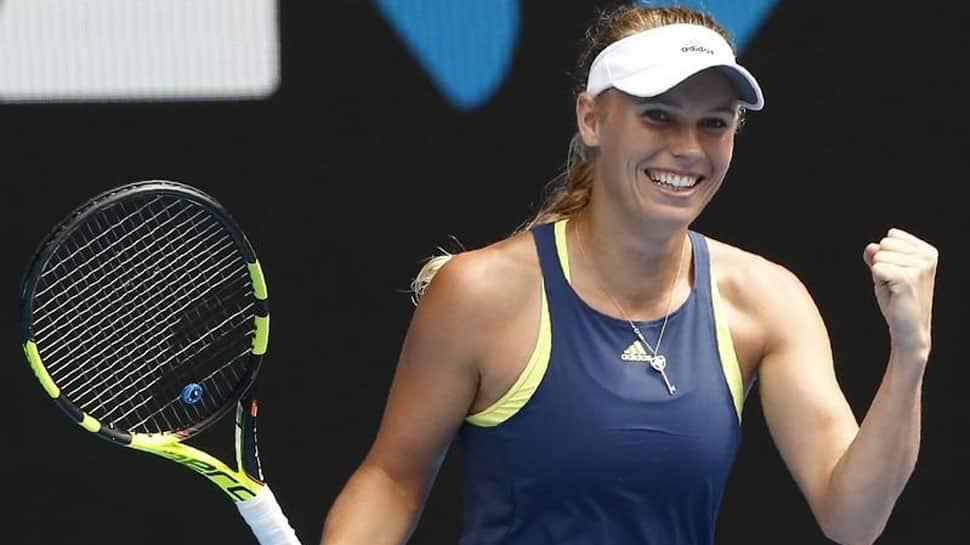 Danish tennis star Caroline Wozniacki launched her title defence at the 2019 Australian Open with a comfortable 6-3, 6-4 win against Belgian Alison Van Uytvanck in the first round at Melbourne Park on Monday.

The third-seeded Dane broke Van Uytvanck once in each set and kept down her unforced errors to win the baseline battle in an hour and 33 minutes in the first match of the evening session at the Rod Laver Arena.

Van Uytvanck began well to set up a break point in the first game of the opening set but Wozniacki saved it with some big serving.

Wozniacki converted her fifth break point of the sixth game to take a 4-2 lead and took the first set when her opponent sent a service return into the net.

In the second set, the break came in the third game for Wozniacki and it proved to be enough.

"I think it was a good match in general. I was surprised of the consistency that she had. I think she played extremely well," Wozniacki told reporters.

"She really stepped it up with her serves I feel like in the second set. I was just happy I got the win. It was not an easy one," she added following the win.

Van Uytvanck, ranked 52, troubled Wozniacki with some well-disguised drop shots in the beginning but did not have enough to register her maiden win at Melbourne Park in her fifth appearance in both singles and doubles.

Former world number one Wozniacki, who is battling rheumatoid arthritis, was pleased she could reach the drop shots as the match progressed.

"She surprised me in the beginning with a couple of dropshots, especially when she was standing behind the baseline and I wasn`t expecting it," Wozniacki stated.

"Then I was more alert on it. I was happy with even a couple of them. I was like, `Oh, wow, these are really close to the net`. I`m like, `Wow, I actually got to them, hit it well`. I kind of complimented myself on a couple of them,"she added.

Wozniacki sealed the match with a forehand winner on her third match point and will next meet Sweden`s Johanna Larsson, who progressed after Vera Lapko of Belarus retired while trailing 7-6(5), 3-0.