Isner dropped only one point on his first serve and broke his Slovakian opponent three times on the outdoor hardcourt to advance. 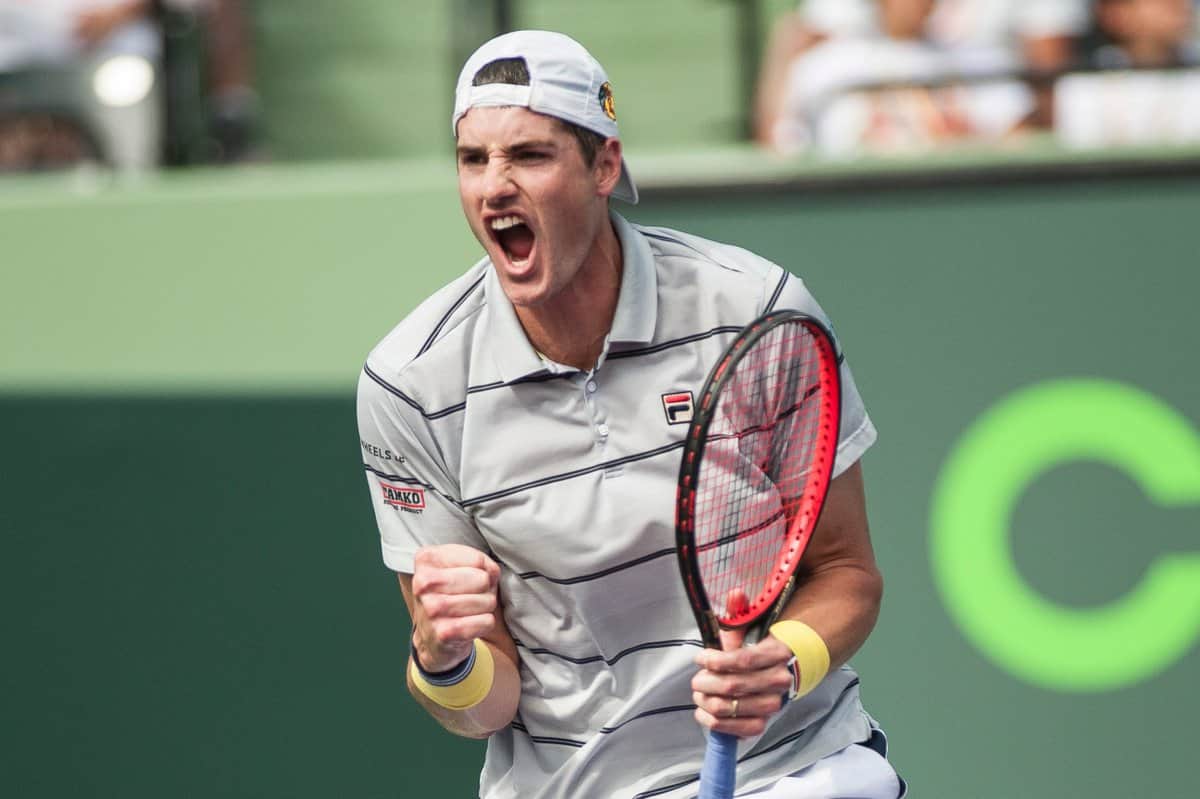 Second seed John Isner used his powerful serve to overpower Lukas Lacko 6-4, 6-3 and reach the quarter-finals of the Delray Beach Open in Florida on Thursday.

Isner dropped only one point on his first serve and broke his Slovakian opponent three times on the outdoor hardcourt to advance.

The big-serving American was also pleased with the way he returned against 133rd-ranked Lacko.

"It was a good win. I think I'm getting more comfortable on this surface, especially with the positioning on my return. I was challenging him on a lot of return games. I was very happy how I came through that," Isner said.

Isner faced only two break points, both in the eighth game of the second set.

He saved the first with an ace and the second when Lacko netted a forehand groundstroke.

Isner let out a huge roar going up 5-3 before serving out to stay unbeaten in four career meetings against Lacko.

Also on Thursday, British qualifier Dan Evans qualified for his first quarter-final since returning from suspension when he thrashed South African Lloyd Harris 6-0, 6-2.

The win came a day after Evans, who returned to the tour last April after a 12-month ban for a positive cocaine test, came from behind to upset American Frances Tiafoe in three sets.

The second round continues on Friday, with an evening match between top seed Juan Martin del Potro and American Reilly Opelka likely to be the highlight.

Opelka on Monday secured his first ATP title when he won the New York Open.

He beat Isner in a semi-final in New York in a match that featured a combined 81 aces, an ATP record for a three-set match.