Thiem, third in the betting behind Rafael Nadal and Novak Djokovic as he bids to win his first Grand Slam title, will next face Uruguay`s Pablo Cuevas. 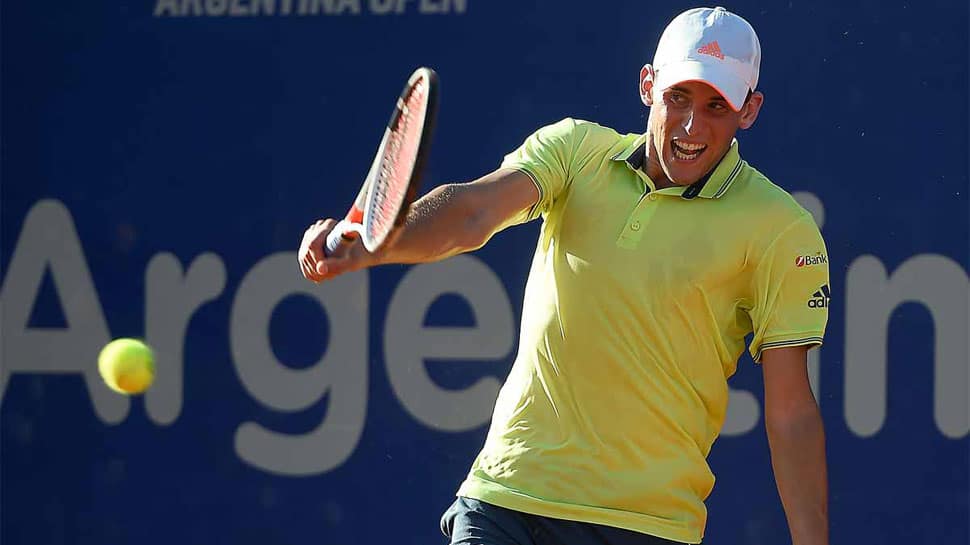 Austrian Dominic Thiem was a relieved man after overcoming a tough test to reach the French Open third round with a 6-3, 6-7(6), 6-3, 7-5 win over Russian-born Kazakh Alexander Bublik on Court Philippe Chatrier on Thursday.

Fourth seed Thiem, who reached the final at Roland Garros last year and is among the favourites to go all the way this time, had to use his full range of shots to overcome 91st-ranked Bublik, who put up a determined fight against the `prince of clay`.

Thiem, third in the betting behind Rafael Nadal and Novak Djokovic as he bids to win his first Grand Slam title, will next face Uruguay`s Pablo Cuevas, whose British opponent Kyle Edmund had to retire injured midway through the third set.

"Today was very difficult, it was a tough match for me," Thiem told reporters. "There were almost no rallies. He gave me no rhythm at all. I`m only happy to be through in four sets."

Bublik fired down 16 aces to Thiem`s six as the Austrian struggled to cope with his opponent`s power, but the Kazakh also mixed up his game to try to unsettle the world number four.

Asked about a cheeky underarm serve the Kazakh produced during the first set, Thiem was complimentary, saying: "It`s a good choice against players like us who are so far behind the baseline. For me it was tough. I had difficulties finding the right position.

"I didn`t practise (for) it but I just expect it from time-to-time. He won two out of three. Sometimes it`s quite a good tactic. Some guys do it -- him and (Australian Nick) Kyrgios -- so sometimes you have to sprint to deal with it."

The 25-year-old Thiem was struggling to dominate on his favourite surface and was broken in the fourth game of the second set. Despite battling back with a break of his own at 5-3 down, the Austrian was then outfoxed in the tiebreak.

Thiem was mired in a tough contest with the tricky Bublik, who was showing no signs of nerves on the main showcourt as he made his Roland Garros debut at the age of 21. The Austrian had to dig deep before breaking in the eighth game and taking the third.

Bublik never gave up in what was the first meeting between the pair and broke in the second game of the fourth before wasting two set points at 5-2. Thiem sensed his chance and took the next five games to triumph with an exquisite drop shot.

"I was happy the match was over because I was so close to a fifth set which is always difficult. It was a special match today. I don`t think it (struggling to find any rhythm) is going to happen again or so fast against Cuevas."