I let my racquet do the talking: Ankita Raina on TOPS exclusion

Kept out of Target Olympic Podium Scheme (TOPS), Ankita Raina has made a huge statement by pulling off consecutive wins over higher-ranked players in the ongoing Fed Cup, and the young Indian tennis player is hoping for just reward after letting her racquet do all the talking. 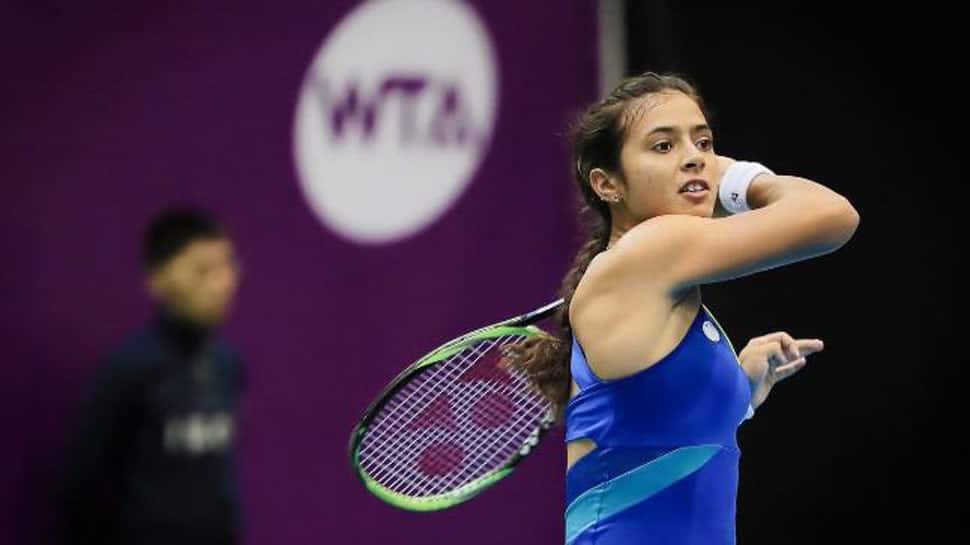 New Delhi: Kept out of Target Olympic Podium Scheme (TOPS), Ankita Raina has made a huge statement by pulling off consecutive wins over higher-ranked players in the ongoing Fed Cup, and the young Indian tennis player is hoping for just reward after letting her racquet do all the talking.

In a surprise decision, the Sports Ministry had left out 25-year-old Ankita, the country's top singles player from TOPS and added second-highest ranked Karman Kaur Thandi, doubles player Prarthna Thombare along with the seasoned Sania Mirza.

AITA had said that national observer Somdev Devvarman had made the recommendations for players' inclusion in TOPS and he felt Ankita has not shown any progress.

In the ongoing Fed Cup, it is only Ankita who has won singles matches for India so far, while Karman and Thombare have not managed a single win.

And Ankita's victories have come against players such as Yuliya Putintseva, who was ranked as high as 27 last year and played French Open's third round in 2017, apart from beating top-10 players at St Petersburg WTA event.

After initial reluctance, AITA recommended Ankita's name for inclusion in TOPS but she is yet to be added in the list for financial assistance.

"I am the country's top player. I believe in working hard and my racquet is doing the talking. After becoming the top player in India and doing well in WTA matches also, there was no reason for my exclusion.

"I believe in working hard. I believe in God, he sees everything and I am sure justice will be done," Ankita told PTI after her sensational win over Putintseva.

AITA had also reasoned that Ankita has never won a National title and medals for the country.

But she had won the National grass court championship in 2009 in Kolkata and last year won a silver in doubles with Thombare at the Asian Indoor and Martial Arts Games in Ashgabat, Turkmenistan.

Talking about her win today, the 25-year-old said, "It was an unbelievable match for me.

"I was waiting for such a win and I am glad it came in India in Fed Cup. I was consistent and going for lines. I was doing it in practice but putting it in a match is different."

Ankita said she has worked on her fitness and technique with her coach Hemant Bendre and trainer Gaurav Nijhon.

"I was amazed with the long points I have played in these matches. I have the belief that I can do it now consistently. I was practising it a lot but doing it in matches is special," she said.

Asked about the moment when she broke into tears along with her mother Lalita after the win, Ankita said, "It had to come out.

"I belong to a middle-class family. Only my family, especially my mom, knows the struggles I have faced. It was justified. It was like flashback moment. It (tears) had to come out."

"She would have finished the match in straight sets if that ridiculous call was not made when she was up a break. Hats off to her that despite being down 1-3, she pulled it off. It's commendable," said Bhambri.

Twice India has come back in the ties but both times the team lost the decisive doubles matches.

Bhambri also acknowledged that the doubles teams from China and Kazakhstan were far superior.

"They were solid at the net. But we need to combine well. These girls do not play together on circuit but they need to step up."

Roger Federer aims to topple Rafael Nadal from No. 1 spot in Rotterdam