The India leg of the tournament will conclude on March 16, with the finalists to represent India at the Road to Wimbledon Finals held between August 11 and 17 on Wimbledon’s historic grass courts. 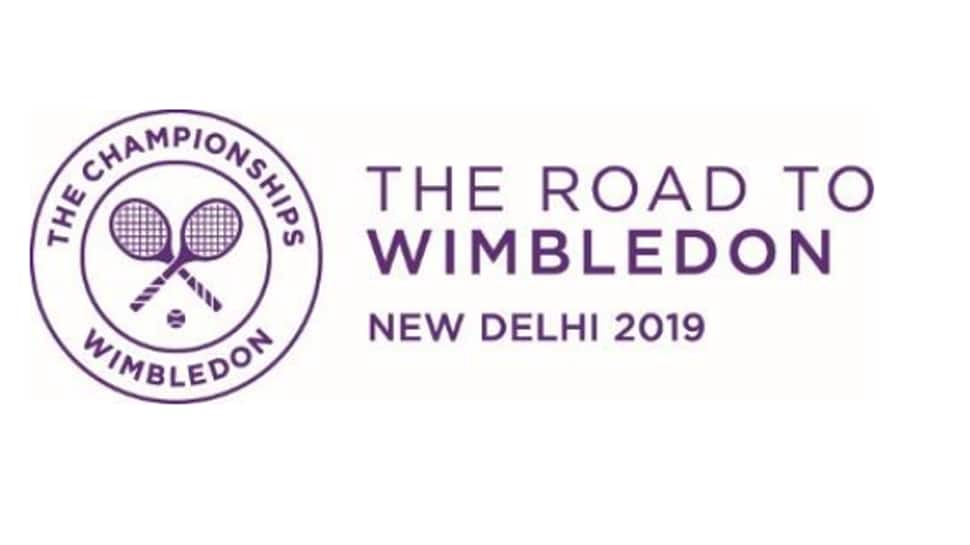 New Delhi: The Road to Wimbledon, the All England Lawn Tennis Club’s prestigious junior tournament for players aged 14 and under, commences its 2019 journey in India on Saturday, the sixth time the international qualifying for the tournament has started in the country.

Aimed at developing a strong pipeline of junior grass court tennis players across Asia, the tournament, the Official Timekeeper of The Championships, Wimbledon, is running two concurrent events this week, the girls’ Masters taking place at the Gymkhana Club in New Delhi and the boys’ Masters at the Chandigarh Club in Chandigarh.

The India leg of the tournament will conclude on March 16, with the finalists celebrating their success as they go on to represent India at the Road to Wimbledon Finals held between August 11 and 17 on Wimbledon’s historic grass courts.

Success in the UK’s largest tennis participation event has proven to be a key stepping stone for previous Indian junior champions. India’s qualifying champions of 2018, Sanjana Sirimalla and Udit Gogoi, made their mark in the Road to Wimbledon Finals, with Sanjana finishing the event as the girls’ runner-up. Not only did Udit reached the boys’ singles semi-finals but together with Chirag Duhan, won the boys’ doubles title last year.

Since its inception, the Road to Wimbledon International series of tournaments has aimed to help provide opportunities for young players to compete on grass at an early stage of their development, and thus make a positive contribution to youth tennis in Asia.

Tournament Director and former British Davis Cup player Jamie Baker commented, “We are working with talented young international players to give them opportunities to develop their grass court tennis abilities in a competitive setting. This year, we are further elevating the grass court tennis experience for junior players in India and across Asia, providing them with access to world-class coaches and invaluable international experience.”

The All England Lawn Tennis Club, in collaboration with the Lawn Tennis Association, has recently announced plans for a significant further investment into junior grass court tennis to enhance competitive opportunities for junior players all around the world, of which the Road to Wimbledon events across the UK and Asia play an important part.

Richard Lewis, Chief Executive of The All England Lawn Tennis Club, said, “The Road to Wimbledon is all about providing opportunities to the potential tennis stars of tomorrow, and at its core, the tournament is a celebration of the truly unique and special experience that is grass court tennis. We want to ensure the future is green by sharing the joys of the grass court tennis game with young players across Asia. We are proud to deepen our commitment to this cause through new avenues for junior players in Asia to develop grass court tennis skills and access opportunities to shine on the global stage. We hope that these opportunities will inspire young players at key moments in their development, and we look forward to seeing a new generation of players breaking through Wimbledon’s grass courts in the years to come.”

Speaking with participants at the launch of the Road to Wimbledon in New Delhi on Saturday, tennis legend Vijay Amritraj, said, “I am proud to see a growing pool of Indian tennis talent who are so passionate at a very young age. It is heartening to see tennis becoming more accessible and that the sport is making a lasting impact on these young people’s development. More young people across India are now enjoying the game, creating a stronger culture of tennis and ultimately contributing to the progression of Indian tennis in the future. I am thrilled to be taking part in coaching sessions with the Road to Wimbledon players and to see first-hand India’s rising stars experience competitive grass court tennis. I am thankful to Rolex and the AELTC for bringing this amazing program to my country and giving a real opportunity for young boys and girls to believe that they can also get to the pinnacle of tennis.”