Japan's Kei Nishikori cruises into second round of US Open

Next up for Nishikori is a second-round clash with Bradley Klahn on Wednesday after the American defeated Thiago Monteiro 6-3, 6-2, 6-3 in the first round. 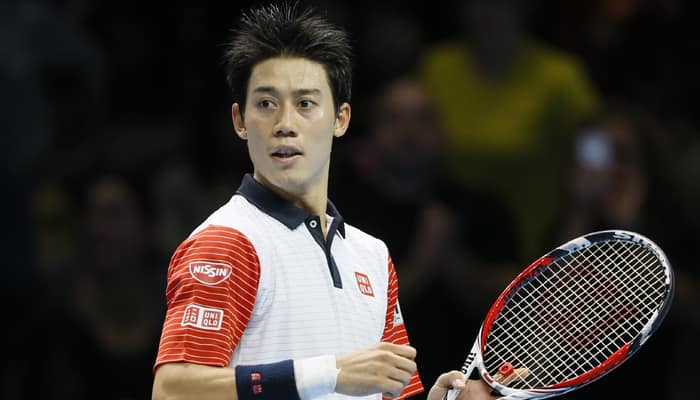 Kei Nishikori became the first man to advance to the U.S. Open second round as the 2014 finalist beat qualifier Marco Trungelliti, who was forced to retire with the Japanese leading 6-1, 4-1 on Monday.

Nishikori`s serve clicked from the start and the seventh seed won 90% of his first-serve points while never facing a break point against the Argentine in 47 minutes on Grandstand.

The seventh seed said the abbreviated match was probably better for his body but not entirely to his liking.

"That`s going to help me physically," he told reporters.

Nishikori said the path to his first Grand Slam title would go through the "big three" of Novak Djokovic, Rafa Nadal and Roger Federer, who are the tournament`s top three seeds.

"I hope I can be the one to beat the top three but I feel like those three guys are still at a different level," he said, adding that he thought the long-awaited changing of the guard in men`s tennis was brewing.

"I think a couple of guys are getting closer," he said, mentioning himself, Dominic Thiem, Felix Auger-Aliassime, Denis Shapovalov, Daniil Medvedev and Nick Kyrgios as players on the rise.

Next up for Nishikori is a second-round clash with Bradley Klahn on Wednesday after the American defeated Thiago Monteiro 6-3, 6-2, 6-3 in the first round.