Tsitsipas will now lock horns with Daniil Medvedev for a place in the summit showdown of the tournament. 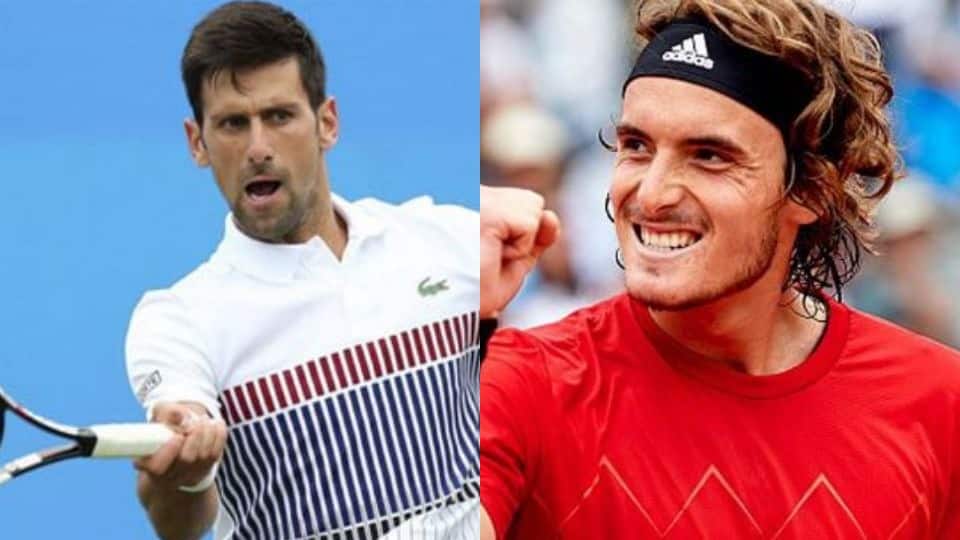 Top-seeded Novak Djokovic suffered a major blow as he crashed out of the ongoing Shanghai Masters after going down fighting against Greek tennis sensation Stefanos Tsitsipas in the quarter-final clash of the men's singles event on Friday.

After comfortably winning the opening set, the Serbian tennis maestro failed to capitalise on the same and slumped to a 3-6, 7-5, 6-3 defeat at the hands of Tsitsipas in a thrilling last-eight clash that lasted two hours and two minutes.

With the win, Tsitsipas has registered his second victory over Djokovic besides qualifying for the Association for Tennis Professionals (ATP) Finals, which is to be held in London from November 10 to 17.

Following the clash, Djokovic was full of praise for his opponent as he admitted that the Greek tennis player showcased a high-quality tennis throughout the last-eight match and that he truly deserved to win.

"[Stefanos] had the high-quality tennis and he played very well after his serve. He was backing up his serve with really good and aggressive first shots in the rally. I didn't make him defend enough. I just gave him enough time to really dictate the play from back of the court and he deserved to win," the ATP quoted Djokovic as saying.

Djokovic, who is looking to end the year at the top spot for the sixth time, had earlier never failed to reach the semi-final in Shanghai.

Tsitsipas, on the other hand, will now lock horns with Daniil Medvedev for a place in the summit showdown of the tournament. The Greek will also look to improve a 0-4 ATP head-to-head record against Medvedev.