Spain, who had been forced to dig deep to win 2-1 against Britain, defeated Canada 2-0 as Nadal defeated Denis Shapovalov 6-3, 7-6(7) in the Caja Magica on Sunday. 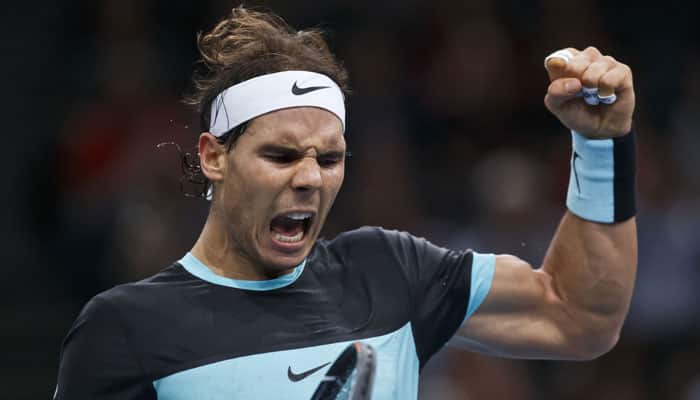 Madrid: World number one Rafael Nadal finished his season on a high by leading Spain to its sixth Davis Cup title.

Spain, who had been forced to dig deep to win 2-1 against Britain, defeated Canada 2-0 as Nadal defeated Denis Shapovalov 6-3, 7-6(7) in the Caja Magica on Sunday.

Before that, World No. 9 Roberto Bautista Agut put Nadal in position to clinch the trophy with a 7-6(3), 6-3 win against Felix Auger-Aliassime, who had not played a match during the event.

"It has been an amazing week," Nadal was quoted as saying by the ATP Tour website after the win. "I could not be happier, honestly. It has been an unforgettable moment here in this amazing stadium. The crowd was just a joke, we can't thank all of them enough. Our team spirit prevailed. We fought hard."

The 33-year-old won all eight of his matches in Madrid last week, including five singles victories in which he did not drop a set. He has now won 29 consecutive Davis Cup singles matches, improving his singles record in the event to 29-1.

Before Sunday, Spain last competed in the final of the Davis Cup in 2012, when the country fell to the Czech Republic. Canada was seeking its first Davis Cup trophy.