Roddick, who claimed 32 singles titles during his career, was quick to heap praise on "great friend" John Isner, the 6`10" American who reached the quarter-finals at Flushing Meadows last year. 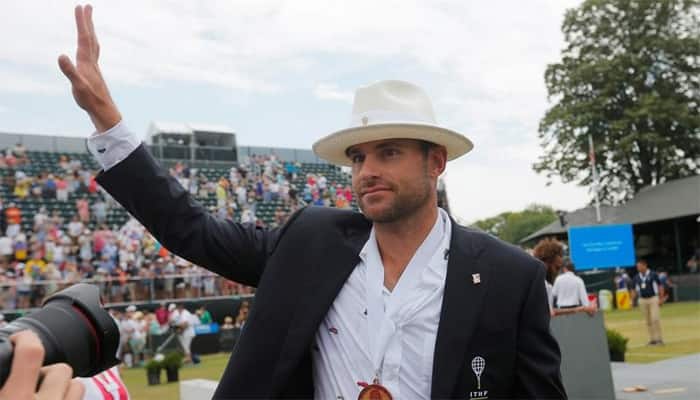 When Andy Roddick hoisted his first -- and last -- US Open trophy in 2003, few could have imagined America`s men were in for a more than 15-year Grand Slam title drought.

But with the days of Pete Sampras and Andre Agassi long gone, and the women taking up the mantle of American tennis supremacy, the shift in the balance of power is undeniable, Roddick told Reuters, days ahead of the year`s final tennis major kicked off.

"We can have opinions but that facts are they have – (Amanda) Anisimova who made the semis of the French Open, Coco Gauff who had a nice little run into the second week of Wimbledon, Venus and Serena (Williams) haven’t gone away, we had a Stephens-Keys final here (in New York) a couple years ago," the former world number one said.

"So there have been moments for optimism – plenty. And on the men’s side, not as much."

Roddick, who claimed 32 singles titles during his career, was quick to heap praise on "great friend" John Isner, the 6`10" American who reached the quarter-finals at Flushing Meadows last year.

"I think he maximizes what he has. He goes to work every day, he`s diligent, he treats it like a job and I wish more of the younger players kind of followed his lead of doing that," Roddick said of 34-year-old Isner.

Isner, who has 15 singles career titles under his belt, will enter the US Open as the 14th seed. Fellow American Taylor Fritz, 21, is seeded 26th.

Tennis: Is Bianca Andreescu the next big thing? Not so fast