Roger Federer has credited his wife Mirka with keeping him motivated and still going strong at 36, although his longevity has "many pieces to the puzzle". The Swiss master won his 20th Grand Slam title at the Australian Open on Sunday when he defeated Marin Cilic 6-2, 6-7 (5/7), 6-3, 3-6, 6-1. 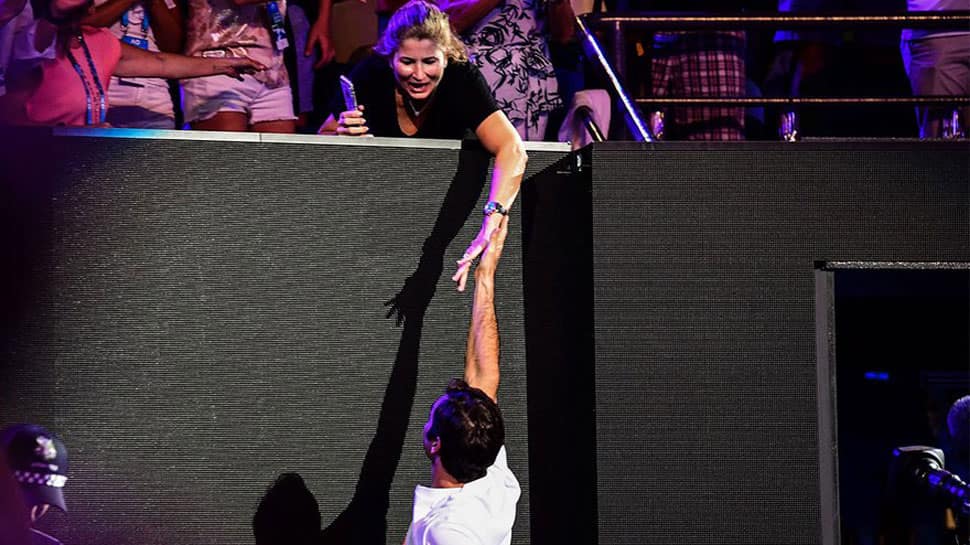 Roger Federer has credited his wife Mirka with keeping him motivated and still going strong at 36, although his longevity has "many pieces to the puzzle". The Swiss master won his 20th Grand Slam title at the Australian Open on Sunday when he defeated Marin Cilic 6-2, 6-7 (5/7), 6-3, 3-6, 6-1.

The latest triumph - his sixth at Melbourne Park - came 15 years after he won his first major at Wimbledon in 2003, yet he continues to defy time when many of his contemporaries have fallen by the wayside.

He said having a supportive partner was key to him still being able to do what he loves, with wife Mirka courtside for most of his big games, despite now having four children to look after.

This, coupled with a careful schedule, has allowed him to remain at the top, with no thoughts of calling it quits anytime soon.

Monday morning never felt so sweet. @rogerfederer comes to terms with #AusOpen No.6 and #RF20 pic.twitter.com/Ff56WG3UNa

"I think by not overplaying, not playing every tournament possible," he said on what keeps him going.

"I enjoy practice, don't mind the travel. Having a great team around me; they make it possible."

"Then, of course, my wife who makes it all possible. Without her support, I wouldn't be playing tennis anymore since many years.

"But we had a very open conversation, if she was happy to do this or not, years ago. I'm happy that she's super supportive, and she's willing to take on a massive workload with the kiddies.

"Same for me, because I wouldn't want to be away from my kids for more than two weeks. This life wouldn't work if she said no."

Federer also takes pleasure in seeing his parents, Lynette and Robert, enjoying watching him play and travelling to tournaments.

"At the end, it's seeing that my parents are incredibly proud and happy that I'm still doing it," he said. "They enjoy coming to tournaments. That makes me happy and play better.

"Many puzzles need to fit together for me to be able to sit here tonight," he added.